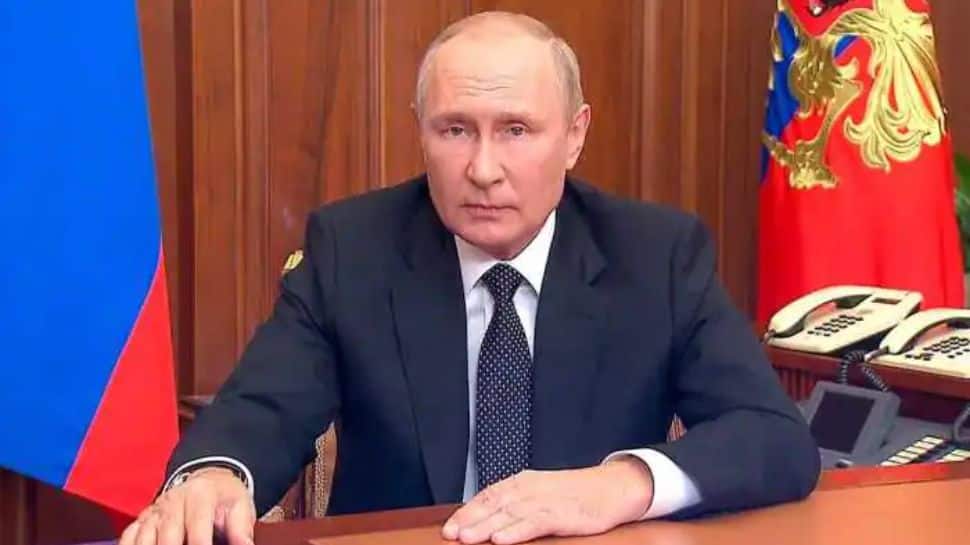 Russian president Vladimir Putin’s health has often made headlines as reports speculated the 70-year-old’s ill-health. Earlier, there were videos circulating of Putin ‘trembling, struggling to stand’ and now there are photos that allegedly show marks and a dark colour on his hands.

Commenting on the photo and the speculation, retired British army officer and member of the House of Lords Richard Danatt told Sky News that the ‘black’ tint on his hands is a “sign of injections going in when other parts of the body can’t take injections.”


In May, there was immense speculation about Russian President Vladimir Putin’s ill health. According to the Independent, an FSB (Russian Federal Security Service) officer had claimed that Putin is suffering from a “rapidly progressing cancer”. He had also said that the 70-year-old Russian leader was suffering from headaches and his eyesight was fast deteriorating.


Amid talks of use of nuclear weapons in the Russia-Ukraine war, Putin said that Russia hasn’t mentioned using nuclear weapons in Ukraine. Instead, he claimed that Kyiv, Ukraine’s capital, could create and detonate a “dirty bomb”.