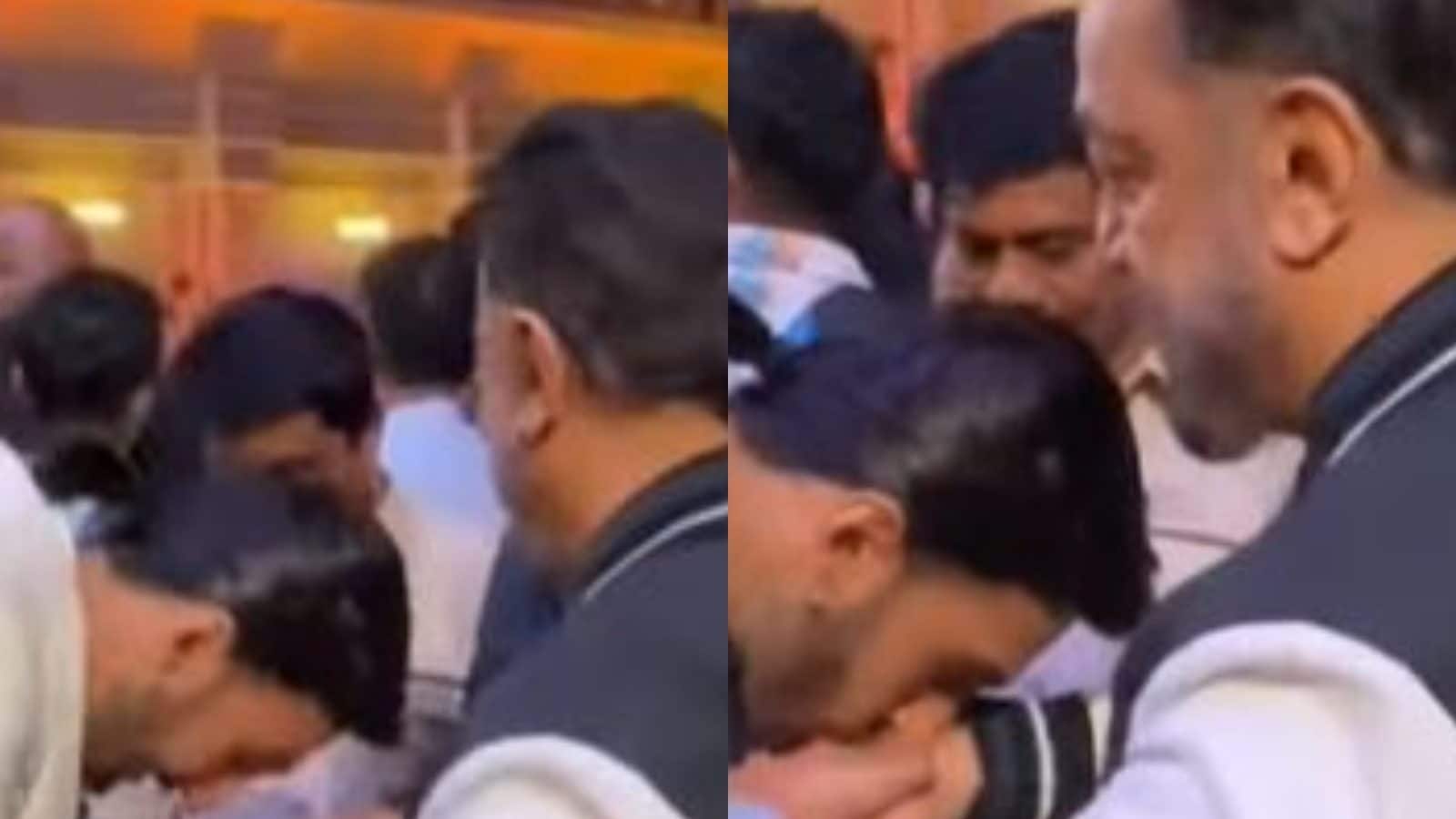 Ranveer Singh, Bollywood’s leading man and talented actor, met some famous personalities from the South industry including Kamal Haasan, at an award ceremony and shared a slew of photos with them on social media. Ranveer met him at the 10th South Indian International Movie Awards (SIIMA) 2022 on Saturday in Bengaluru. What caught everyone’s attention was Ranveer Singh’s award-night gesture towards Kamal Haasan.

In the video, Ranveer, as cheerful and full of love as ever, bowed down to greet the legend and kissed his hands to express his admiration and respect. Later, Ranveer was seen escorting Kamal Haasan while holding his hand. Fans have been praising Ranveer for not holding back on showing his emotions after a video of his respectful gesture towards Kamal Hassan went viral online. Bollywood paparazzo, Viral Bhayani shared a glimpse of the same on social media handle.

Check out the video here –

Ranveer also posted a picture of himself and Kamal from the illustrious event on his Twitter account. The two celebrities appeared to be having a good time together while having massive smiles on their faces in the picture. “The Icon,” Ranveer captioned the photo.

When it comes to his wardrobe, Ranveer Singh is a true trendsetter who enjoys owning each look of his and churning out one statement outfit after another, from ethnic to formal to outlandish styles, he looks dapper in all. He was spotted on the event’s red carpet in a white tuxedo, looking dashing. He added a pair of golden sunglasses to complement his aesthetic.

Ranveer received a special honour at the awards ceremony when he was named the ‘Most Popular Hindi Actor in South India’. In a special post, the Gully Boy actor expressed his thankfulness and joy at winning the SIIMA award.

Cirkus, a Rohit Shetty film, will be Ranveer’s next release, followed by Karan Johar’s Rocky Aur Rani Ki Prem Kahani, in which he will star alongside Alia Bhatt.