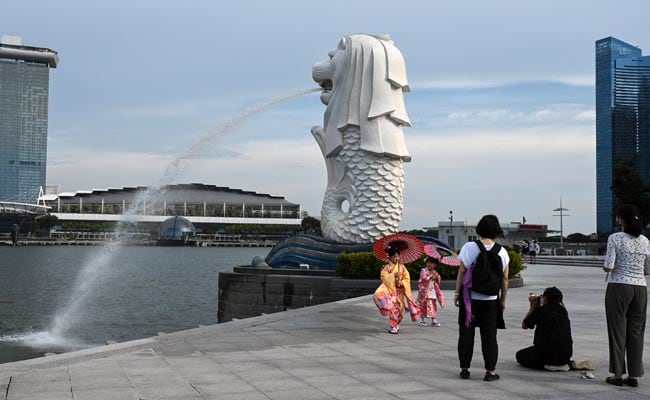 Singapore is tracking the emerging Omicron COVID-19 variant “very closely” and could be forced to take a few steps back again before moving ahead with easing of safety measures and opening up the economy, Prime Minister Lee Hsien Loong said on Sunday.

The World Health Organisation (WHO) on Friday declared Omicron “a variant of concern”, putting it in the same category as the Delta variant that has caused waves of infection to sweep across the globe and forcing several European countries to re-enter lockdown.

The new variant is considered potentially more dangerous because it has around twice as many mutations as Delta, but experts say how much of a concern is still under investigation. Omicron, also called B.1.1.529, has also been detected in Belgium, Israel and Hong Kong, and possibly in Germany and the Czech Republic.

Prime Minister Lee, in his address to the ruling People’s Action Party (PAP) convention, said that right now, a new variant of concern is emerging.

“We’ve learnt a new word – the Omicron variant. We are tracking this very closely. We are not sure yet, but we may well be forced to take a few steps back, before we can take more steps forward.”

“But despite all this, I am confident that we will find our way to living with the virus, and safely resume all the things we love to do. We are making all this effort because we want to get there safely, suffering as few casualties along the way as possible,” Channel News Asia quoted the Prime Minister as saying.

PM Lee pointed out that Singapore has made “a lot of progress” in the fight against COVID-19, but must be prepared for more bumps along the way.

On Friday, Singapore also said it will restrict entry to travellers with recent travel history to seven African countries following the emergence of the new variant in that region.

All long-term pass holders and short-term visitors with travel history within the previous 14 days to Botswana, Eswatini, Lesotho, Mozambique, Namibia, South Africa and Zimbabwe are not allowed to enter Singapore or transit here.

Lee also noted that COVID-19 has been a “searching test” of public trust, and this applies to countries all around the world.

“Some societies are high-trust, others are low-trust – and it makes all the difference in a crisis. Singapore is and must always be high-trust. That is the way to weather not just COVID-19, but any storm that comes our way,” he said.

Lee gave the example of countries that have had great difficulty vaccinating their whole population, despite vaccines being available.

He pointed out that “political divisions and deep distrust” have made it harder for the US and many European countries to bring COVID-19 under control.

“Many of them are anti-vaxxers, not just because they are misguided or ignorant, but because of deep distrust, of authority in general, and of their own government in particular,” he said, noting that Singapore is fortunate not to have such divisions in its society.

“We did not become a cohesive, trusting society overnight. Social cohesion is the work of decades. And trust has to be built up long before the crisis. When a crisis strikes, if the trust is not already there, then it is already too late.

“I am grateful that the PAP government enjoys the public’s trust, built up over years of working closely with Singaporeans. We’ve been delivering faithfully on promises. Consistently producing results for the people – housing, healthcare, education, well-paying jobs, better lives. We have shown year in, year out, in good times and bad, in crisis after crisis, that the PAP government will always be there – with you, for you, for Singapore,” the prime minister said.

During the COVID-19 crisis, the government needed to draw on this “reservoir of trust”, as it faced many difficult and urgent decisions impacting lives and livelihoods, said Lee.

“Whatever we decide, however hard we try to get it right and to cushion the impact, more often than not some group or other will be affected or disappointed. Yet the government must exercise its judgment to the best of its ability, and carry Singaporeans along,” he said.

Trust is important not just between Singaporeans and the leaders, but between each other too. And while rules and penalties are necessary, they are not enough, he explained.

“We must also trust our collective spirit as one people. Looking out for one another, supporting those in greater need, staying united in a crisis,” the Channel had Lee as saying.