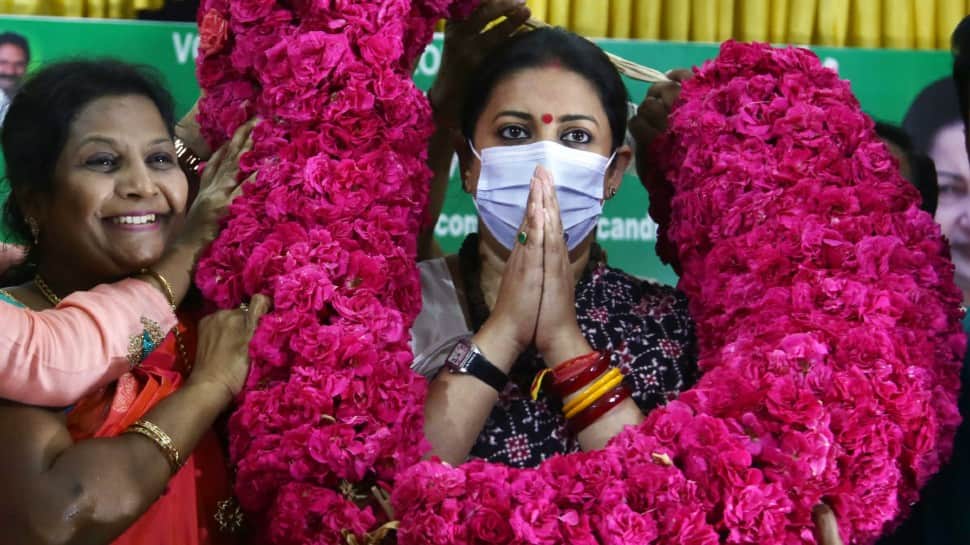 Coimbatore: Union Minister Smriti Irani on Saturday(March 27) joined party workers in a dandiya dance while campaigning for Vanathi Srinivasan, the BJP`s candidate from Coimbatore South constituency of Tamil Nadu ahead of Assembly elections in the state.

The assembly elections in Tamil Nadu will be held in a single phase on April 6 and the counting of votes on May 2.

Polls will be held for 234 seats in the state with the Congress-DMK and BJP-AIADMK alliance being the major groups contesting against each other.

On Friday, BJP president JP Nadda had said the party is certainly making inroads in the state and the enthusiasm of the crowd speaks of the work done by Prime Minister Narendra Modi.

“Certainly, BJP is making inroads in Tamil Nadu. The enthusiasm of the crowd speaks that the work done by Narendra Modi Ji in the last six years has been appreciated,” Nadda told ANI in Chennai.

Taking a jibe at the DMK, the BJP president had said, “D stands for Dynasty, M stands for Money and K stands for Katta Panchayat, this is DMK.”

(With inputs from ANI)