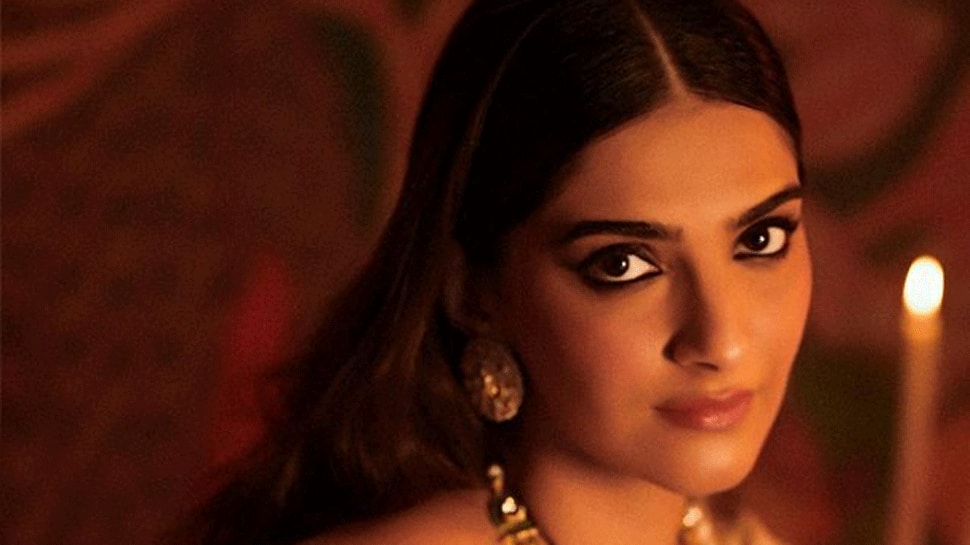 NEW DELHI: Actress Sonam Kapoor and her husband Anand Ahuja welcomed their first child, a son named Vayu in August this year. On Sunday, the ‘Neerja’ actress offered a glimpse inside her son’s room as she dropped several photos on social media. The pictures show her child’s wooden bed, cabinet, and toys.

The actress also left a thank you for her mother Sunita Kapoor for helping her set up her baby’s room. She also thanked her sister Rhea Kapoor and her other friends for their helping hands.

A wooden cot is placed along the wall that has been beautiful decorated with a charcoal painting. There is also a window that allows natural night inside the room. A cute little soft toy is seen hanging on the side lamp and a few others are seen neatly placed inside a basket on the wooden cabinet. A monkey toy is seen clinging from the ceiling. We also spotted a white floor carpet, a stylish resting wooden chair and a table in the room. Overall, the space appears to be quite and peaceful.


Sonam and her husband Anand Ahuja tied the knot on May 8, 2018, in a traditional Anand Karaj ceremony. On August 20, the couple welcomed their first child a baby boy. Meanwhile, on the work front, Sonam will be next seen in the upcoming film ‘Blind’ directed by Shome Makhija, starring Purab Kohli, Vinay Pathak, and Lillete Dubey in prominent roles.

The film is expected to release later this year.