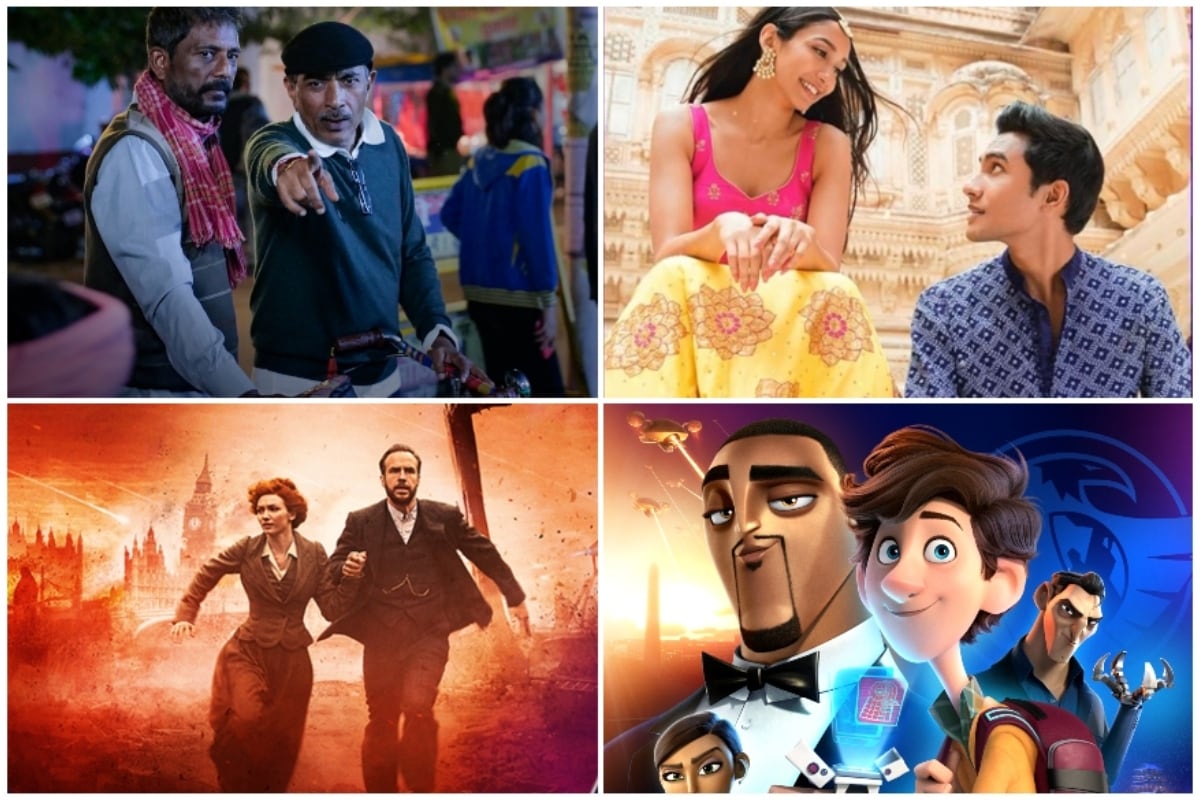 Prakash Jha’s film Pareeksha, starring Adil Hussain as a rickshaw puller who dreams of an elite education for his child, is available on ZEE5 this week. The film is a comment on the inequality in educational opportunities in the country.

Amazon Prime Video’s Bandish Bandits is a web series full of musical numbers with a love story at its heart. It explores the age-old question of old vs new, traditional vs modern in the world of music, depicted through the love story of two singers from different backgrounds. Shankar-Ehsaan-Loy’s music is an additional treat for viewers.

Here’s more on these titles, as well as other suggestions for this week’s watchlist.

Written, directed and produced by Prakash Jha, Pareeksha -The Final Test stars Priyanka Bose, Adil Hussain, Sanjay Suri and child actor Shubham Jha. The film revolves around Bucchi, the rickshaw puller whose biggest dream is to provide a decent education to his son. This dream takes him on a dangerous path, which could shatter all that he holds dear. Inspired by real events, Pareeksha makes a sharp comment on our education system. Reflecting the real experience of an IPS officer, the story gives a glimmer of hope for those who deserve an opportunity. The film had its India Premiere at the 50th International Film Festival of India and recently premiered at the London Indian Film Festival.

This web series is all about music – classical, pop, folk and fusion. Bandish Bandits follows the story of Radhe and Tamanna. Radhe is a singing prodigy determined to follow in the classical footsteps of his grandfather. Tamanna is a rising pop sensation desperate to become India’s first international pop star. Radhe’s world is turned upside down when he falls in love with Tamanna as he is torn between helping her achieve superstardom and staying true to his own music and his family’s legacy. The Anand Tiwari-directed series has music by Shankar-Ehsaan-Loy. It marks their digital debut. The soundtrack sees them experimenting with contrasting musical genres ranging from Rajasthani folk and Indian classical to pop music. The show stars newcomers Ritwik Bhowmik and Shreya Chaudhry in lead roles alongside Naseeruddin Shah, Sheeba Chaddha, Atul Kulkarni, Rajesh Tailang and Kunal Roy Kapur in other pivotal roles.

War of the Worlds (SonyLiv)

Adapted by Peter Harness, this visceral thriller delivers a riveting and atmospheric collision of science fiction, period drama, and horror, bringing one of literature’s most notorious foes vividly to life. The show follows George (Rafe Spall) and his partner Amy (Eleanor Tomlinson) as they attempt to start a life together that’s interrupted by a Martian invasion of Earth.

In this high-flying animated comedy, super spy Lance Sterling (Will Smith) and scientist Walter Beckett (Tom Holland) are almost exact opposites. Lance is smooth, suave and debonair. Walter is none of the above. But this unlikely duo must team up for the ultimate mission to save the world when a “biodynamic concealment” experiment transforms Lance into a brave, fierce, majestic…pigeon! Cast members also include Ben Mendelsohn, Karen Gillan, Rashida Jones, DJ Khaled and Masi Oka.

Directed by Don Hahn, Howard is the untold story of Howard Ashman, the brilliant lyricist behind Disney classics like Aladdin, Beauty and the Beast, The Little Mermaid and creator of musicals including Little Shop of Horrors. Featuring never-before-seen archival footage, personal films and photographs, as well as interviews with Howard’s friends and family, the film is an intimate look at the Disney Legend’s life, his creative drive, and the process behind the music. Spanning his childhood in Baltimore, to his formative years in New York, and his untimely death due to AIDS, Howard goes in-depth to explore his journey to become the lyricist behind some of the most beloved and well-known classic family films in the world.

We will be back with new movie and series suggestions next week.