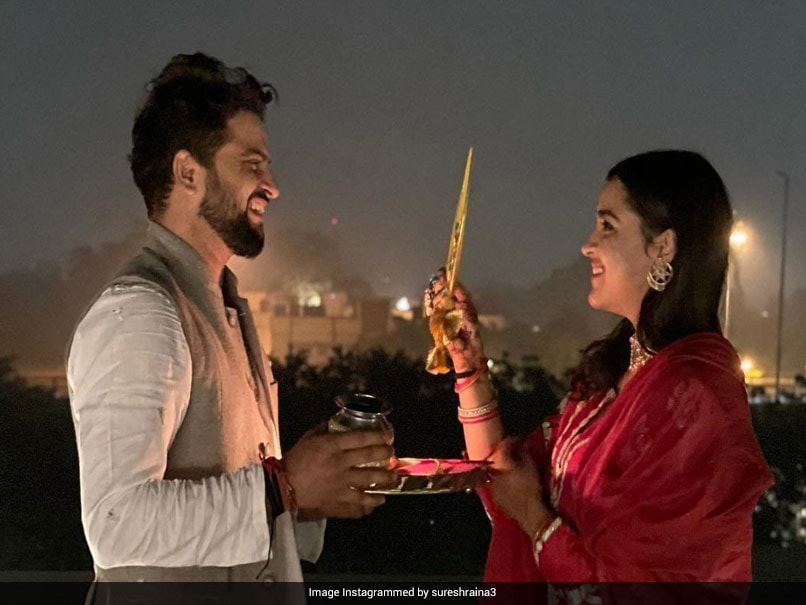 On the occasion of Karwa Chauth, which is celebrated on the fourth day after a full moon, former India cricketer Suresh Raina took to Twitter to complain about how the smog in New Delhi made it difficult to see the moon. “Dear Delhi, are you able to see the moon yet? I only see the smog!” he tweeted, with the hashtags #DelhiPollution and #KarwaChauth. On Karwa Chauth, married women are supposed to fast for the day until they see the moon.

Dear Delhi, are you able to see the moon yet? I only see the smog! #DelhiPollution #KarwaChauth

“Thank you for speaking on this issue !! This is a health emergency! We are engulfed with smoke !!” one user responded.

“No not able to see,” wrote another user.

Air quality on Tuesday remained at the “very poor” category in New Delhi.

Suresh Raina took to Instagram to share a photo with his wife Priyanka on the auspicious occasion.


Suresh Raina announced his retirement from international cricket in August, bringing an end to a career that lasted over 15 years.

Raina was part of the Indian team that went on to win the 50-over World Cup in 2011.

The left-hander also played an important role in 2013 when India beat England in the Champions Trophy final to lift the coveted trophy.

Raina was all set to return to the field after a long gap in the ongoing Indian Premier League 2020 for Chennai Super Kings but he pulled out days before the tournament began in the UAE due to personal reasons.

The left-hander played 226 One-Day International matches and scored over 5,500 runs. He hit five centuries and 36 half-centuries in the 50-over format.

Raina was also the first Indian batter to hit centuries in all three formats of the game.