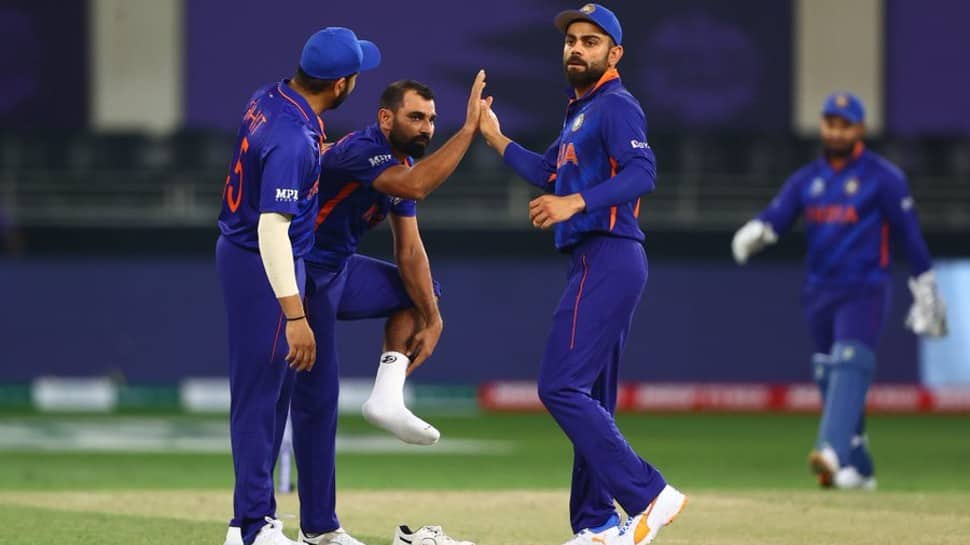 The Men in Blue achieved the feat against Scotland in the Group 2 match of Super 12 stage of the ongoing ICC men’s T20 World Cup at Dubai International Cricket Stadium.

India needed to chase the target in 7.1 overs to better their net-run rate from Afghanistan but the Virat Kohli-led side did the needful in 6.3 overs. Rahul and Rohit kept smashing boundaries as India raced to 70 in the five overs.

However, Bradley Wheal removed Rohit on 30 but India kept inching closer to a thumping win.

In the end, India chased down the target in just 6.3 overs, minutes after losing the wicket of Rahul.

The final stretch in Group 2

Which team will join Pakistan in the semis? #T20WorldCup pic.twitter.com/QOPXMnfSBP

Earlier, put in to bat first, Scotland got off to a bad start as they lost two wickets inside the powerplay. The side never really recovered as India starred with the bowl as Scotland were restricted to 85/10 in the Group 2 match.

For Scotland, George Munsey and Michael Leask played the innings of 24 and 21 as no batter of their side crossed the 30-run mark.