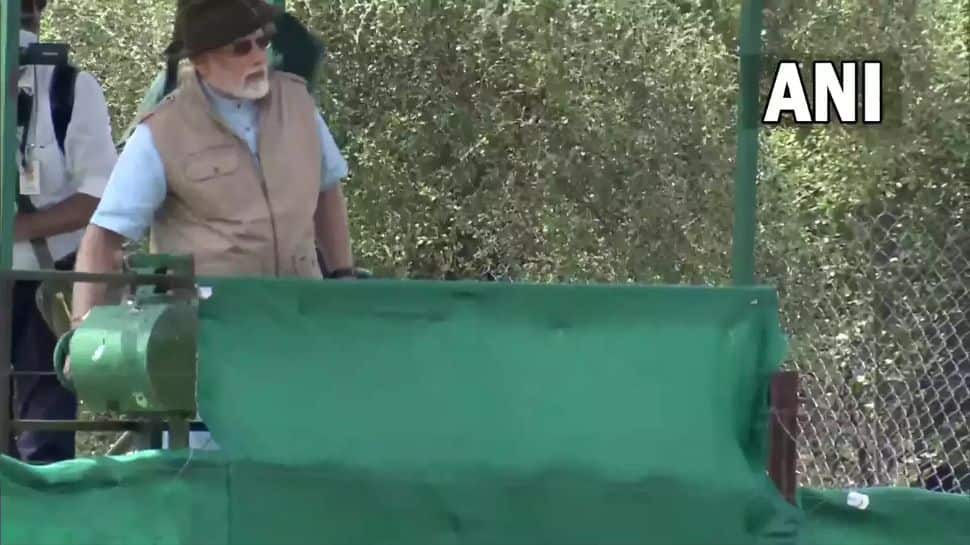 New Delhi: Prime Minister Narendra Modi on Saturday (September 17, 2022) released eight cheetahs, which had become extinct in India, into special enclosures in Kuno National Park (KNP) in Madhya Pradesh`s Sheopur district. Soon after the release, the Congress lashed out at the prime minister and called PM Modi’s releasing of Cheetahs in a Madhya Pradesh national park a “tamasha,” orchestrated by him as another diversion from pressing national issues and the ‘Bharat Jodo Yatra’, while Trinamool Congress MP Mahua Moitra urged Modi to ‘look out for our rapidly extinguishing constitional protection’.


Congress general secretary and in-charge communications Jairam Ramesh also alleged that the prime minister “hardly ever acknowledges continuity in governance” and the Cheetah project was the latest example of that.


“PM hardly ever acknowledges continuity in governance. Cheetah project going back to my visit to Capetown on 25.04.2010 is the latest example,” Ramesh, who was the Environment and Forest minister during 2009-11, said in a tweet.


“The tamasha orchestrated by PM today is unwarranted and is yet another diversion from pressing national issues and Bharat Jodo Yatra,” he said.

Additionalloy, Mahua took to Twitter to wish the Prime Minister, but also took a sly dig at him. “Happy birthday to our Honourable Prime Minister – may he look out for our rapidly extinguishing constitional protections much the same way as he does for extinct cheetahs,” jibed Moitra in a tweet on Saturday morning.


On this occasion, Prime Minister Modi said, “Cheetahs had become extinct from the country in 1952, but for decades, no meaningful effort was made to rehabilitate them. Today, as we celebrate `Azadi ka Amrit Mahotsav`, the country has started rehabilitating cheetahs with a new energy.” PM Modi also clicked some pictures of the cheetahs on a professional camera after releasing them.