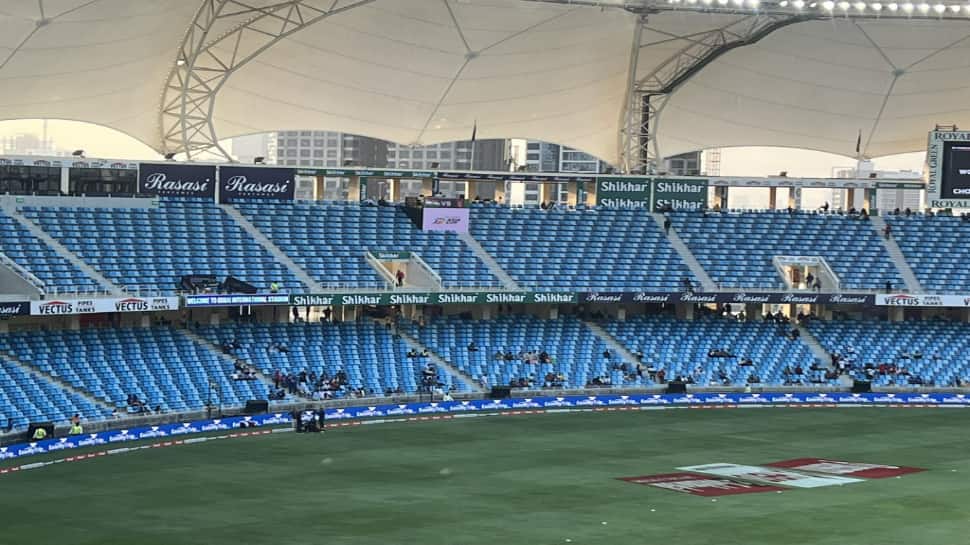 The impact of Team India’s poor show in Asia Cup 2022 was seen during the India vs Afghanistan clash on Thursday night (September 8). Less than 1,000 fans appeared at the Dubai International Stadium in Dubai to watch team’s last match. That really tells a story with fans now uninterested to watch the match. Cricket journalist Vimal Kumar shared a photo of the empty stands and the Twitter reacted with fans some fan saying, Indian cricket team deserves this.


Take a look at reactions.

Afghanistan captain Mohammad Nabi won the toss and elected to field first against India in their last Super Four clash in the Asia Cup in Dubai on Thursday.


Both teams have been knocked out of the Asia Cup 2022. India is heading into the match after a loss to Sri Lanka while Afghanistan is heading into the game with a painful loss to Pakistan in a last-over thriller. For both teams, this contest is about playing for respect and bowing out of the tournament with a win.

KL Rahul will be leading the team. Yuzvendra Chahal, Rohit Sharma and Hardik Pandya are not a part of the playing eleven. Deepak Chahar, Axar Patel and Dinesh Karthik have been included in the squad.


Afghanistan captain Mohammad Nabi said at the toss, “We will bowl first. We left the game immediately and went to the hotel last night. Took a few sleeping pills, it was a tough night. We have played well in the tournament, we could have won the last two games. We will try our best to play some good cricket.”


Indian skipper KL Rahul said at the toss, “We wanted to bat first. We want to challenge ourselves as a batting unit. Rohit wants to take a break, playing is not easy in these conditions. Yuzi, Rohit and Hardik miss out. Even coming into this tournament, we had the T20 World Cup in mind. It is a good learning for us to play such a tournament before the World Cup. We have learnt a few things from the losses.”