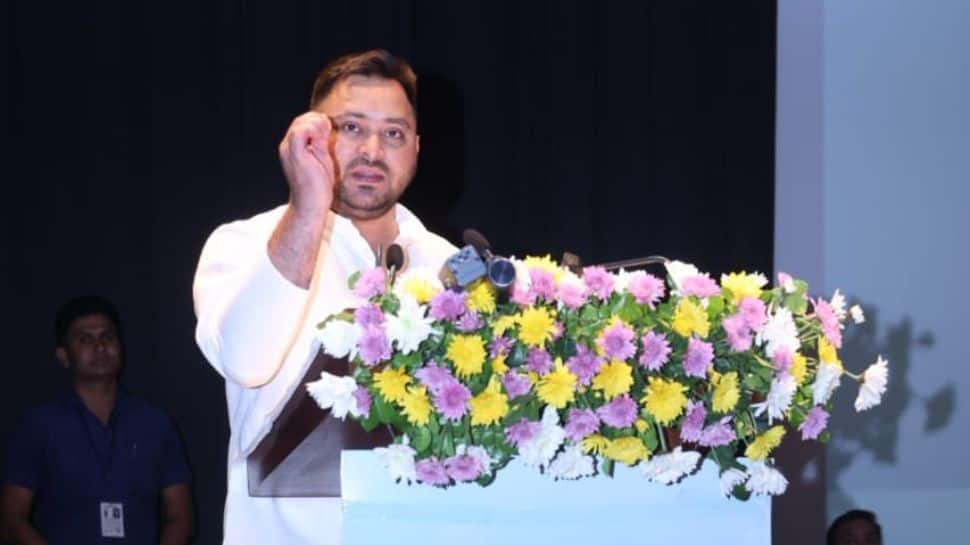 Patna: Bihar Deputy Chief Minister Tejashwi Yadav on Wednesday demanded special category status for the state as a “birthday gift” from his rivals in the BJP who were greeting him on the occasion. The RJD leader, who turned 33, expressed his wish at a government function, attended by Chief Minister Nitish Kumar among others. “Today is my birthday,” said Yadav in the midst of his speech, evoking applause, and went on to add, “some journalists have pointed out that many in the BJP were greeting me and asked whether I would like to ask for a gift”. “Special status for Bihar is the biggest gift I can hope for. It will benefit the state’s huge young population,” said the young leader. The RJD leader was speaking at a function where letters of appointment were given away to recruits in departments of science and technology and panchayati raj.

The CM’s arrival at the venue on the occasion was marked by his young deputy rushing to touch his feet to seek his blessings.


Also Read: ‘We will be among top 5 states in 2 yrs if…’: Deputy CM Tejashwi Yadav’s BIG CLAIM on Bihar’s special status


Kumar, in his speech, disclosed that “it was my wish that both the departments (science and technology and panchayati raj) get covered during the day’s function since it is the birthday of Tejashwi”.

Earlier, in his speech, the RJD leader expressed delight that the function was taking place on a day when the ‘Mahagathbandhan’ has completed three months in power.

“To provide 10 lakh jobs was our pledge (pran) and not a promise (vaada) which could be broken. We are not a government high on rhetoric (jumlebaaz),” he said.


“The chief minister has very kindly agreed to accord priority to job creation and had announced in his Independence Day speech that 20 lakh people will be employed. In the days to come, the number of appointees will swell into lakhs,” said the RJD leader whose promise of “10 lakh government jobs” ahead of the 2020 assembly polls has found resonance among youngsters of the state, cutting across all social groups.