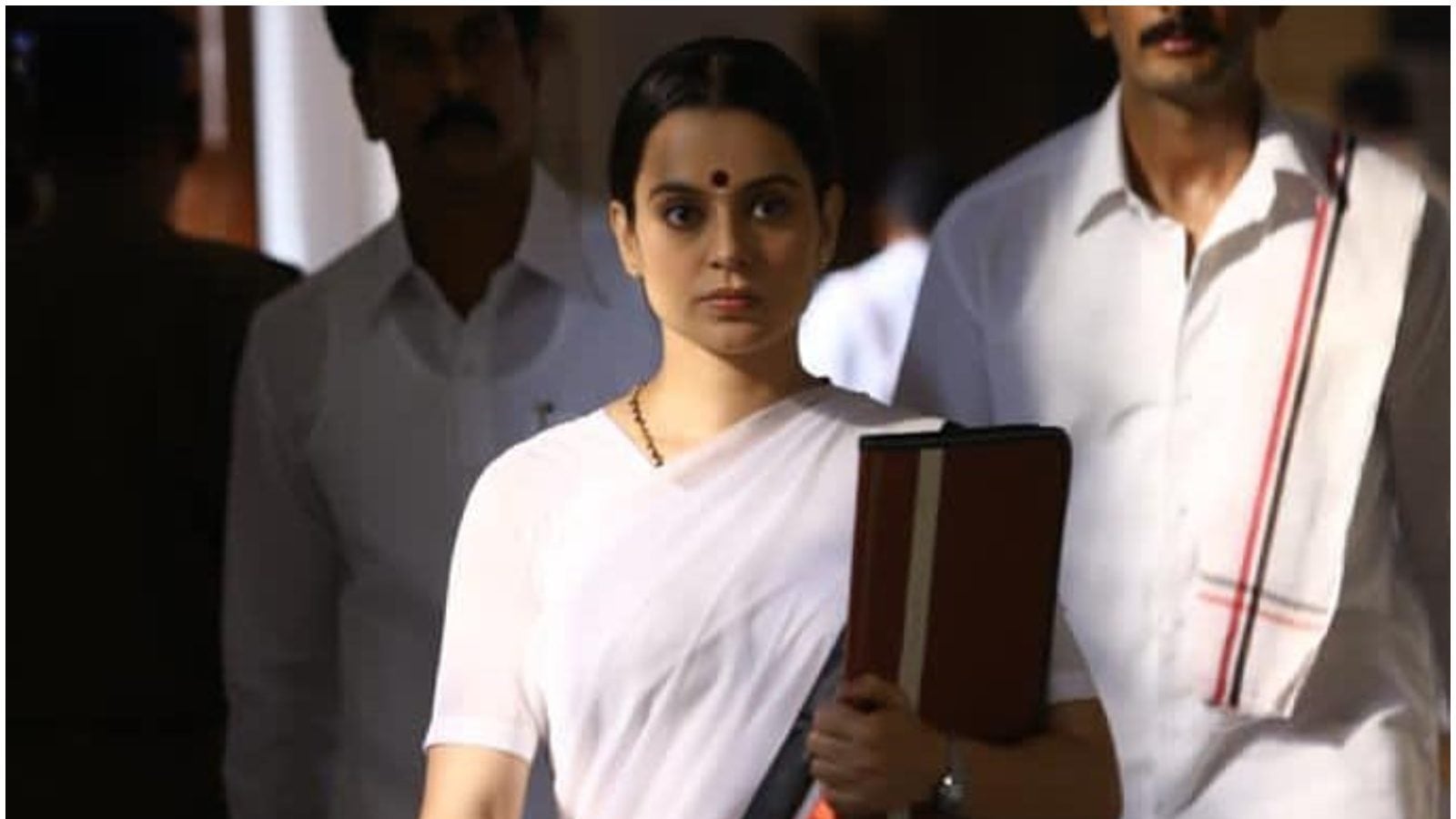 Jayalalithaa, bristling with barely contained fury, accuses the opposition of targeted harassment. Enraged, they charge at her ambush, attack and disrobe her. She vows that the next time she re-enters the Tamil Nadu Legislative Assembly it will be as chief minister.

And so, on this dramatic note, begins Thalaivii, right off the bat cleverly placing the audience on the side of a woman unquestionably wronged. Kangana Ranaut plays Jayalalithaa in a widely and hotly debated casting choice.

Over the past year, Ranaut has risen to political relevance (by chance or design) and even some fans of her onscreen persona have decided to unsubscribe from her work following her provocative stands. She’s an immensely polarising figure, to put it mildly. Adored by millions who unconditionally love her for, or despite, her ideology and despised by those who’re not just angry with her but also upset with this reviewer for giving her space in mainstream media.

Forgive the obvious comparison but former chief minister of Tamil Nadu J. Jayalalithaa was also flanked by devout fans and vehement critics. She blazed an audacious trail from films to politics collecting brickbats to return in her own time. Kangana, though demographically removed from the state, has an external journey with unquestionable parallels to the character she’s portraying. These coincidences are played up on screen, making for many meta moments.

With Thalaivii, Kangana has ensured both critics and fans alike acknowledge her captivating portrayal. The spunky teenager, the hapless woman in love, the haughty film star and an unflappable politician, Kangana captures the essence of Jayalalitha’s indomitable spirit. It’s not an impersonation, it’s a nuanced performance.

Director Vijay always reaches for the most entertaining film over restraint that could win him more critical acclaim. Vijay’s keen eye for drama is elevated by Kangana’s punchy screen presence that’s bang on the money. Written by Rajendra Prasad (Bahubali) and Rajat Arora, it’s no surprise that the script is riveting and engrossing, making for a faithful biopic with larger than life appeal. Thalaivi is based on a book of the same name but follows the blueprint of Savitri’s biopic Mahanati.

Those who’ve lived in the milieu that Jayalalitha reigned, especially from Tamil Nadu like this writer, feel a sense of ownership when it comes to her and the film is made to withstand heavy scrutiny.

Arvind Swami, who looks nothing like MGR in real life, manages a mesmerising transformation that’s lifelike inside out. Nassar, who also shares zero physical similarities to Karunanidhi, brings out the stature of the man through his impeccable diction. Raj Kundra exudes antagonism as MGR’s aide RM Veerappan. Bhagyashree (Maine Pyar Kiya) makes for a pleasant surprise as Jaylalitha’s mother. Together, the cast has delivered a knockout performance, led from the front by Kangana.

Thalaivii is not a course corrected or updated take. During the shoot of the song Naanamo (from the 1965 film Aayirathil Oruvan) Jayalalithaa was barely 16 or a maximum of 17 years old. It’s deeply discomforting to hear a 48 year old MGR tell her to embrace him like she would her mother. Her subsequent off screen romance with this icon 31 years her senior is a fact. The film does not colour these incidents with an approving or disapproving flavour, but makes one pity the childhood cut short without a coda.

This is a straight retelling of the key chapters in Jayalalithaa’s life with popular sentiments intact. It’s equal parts inspiring and heartbreaking. A divisive woman played by another. Love them or hate them, you know how the cliche goes. ​