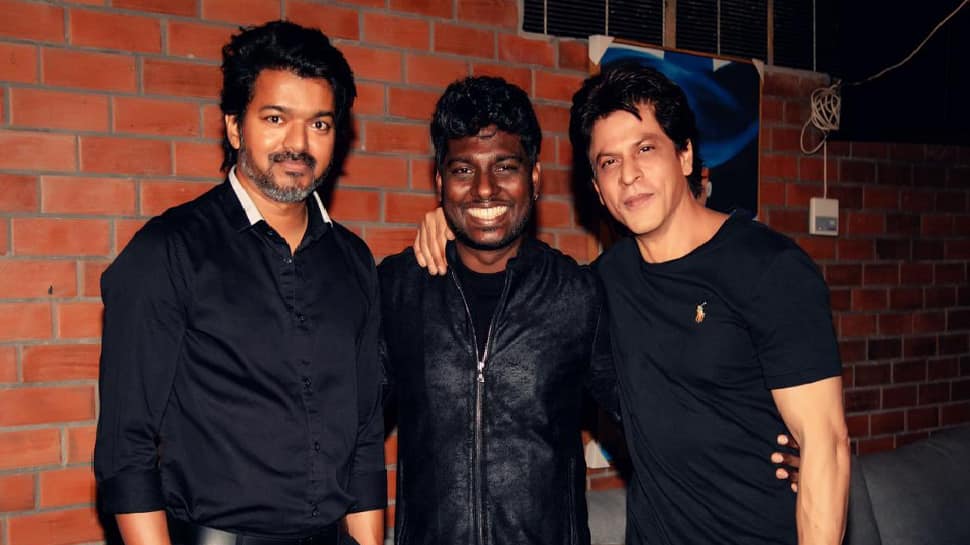 New Delhi: Bollywood star Shah Rukh Khan starrer `Jawan` has become the most highly anticipated film in recent times, there are rumours that Telegu star Thalapathy Vijay is expected to be a part of the film.


On Saturday, Atlee dropped a glimpse of the two superstars on his Twitter handle, and captioned it, “What more can I ask on my bday, the best bday ever wit my pillars. My dear @iamsrk sir & ennoda annae ennoda thalapathy @actorvijay.”


What more can I ask on my bday , the best bday ever wit my pillars. My dear @iamsrk sir & ennoda annae ennoda thalapathy @actorvijay pic.twitter.com/sUdmMrk0hw

The post sparked rumours, of Thalapathy Vijay being part of Atlee`s upcoming flick `Jawan`. Since the picture was dropped on the internet, it created an immense buzz, fans are curious and eager to witness the duo in one frame.


A fan commented, “An iconic picture! #ThalapathyVijay and #ShahRukhKhan are easily the two biggest superstars in the history of Indian cinema. Blockbuster after blockbuster, unmatched superstardom & never-ending craze. The two biggest money-spinners of the country.” Another shared, “Rolex reach. Now Vijay accepted the cameo. Inspirational suriya.” “I just can`t believe this. Is this true? Please confirm”, a fan questioned.


This is not the first time when the rumours of the `Beast` star are floating on the Internet. Previously a picture of the `two` was doing the rounds on social media, where Shah Rukh was seen wearing a white shirt and Vijay sported in a purple shirt.


Meanwhile, on the film front, Shah Rukh Khan is busy shooting for his upcoming film `Jawan`. Helmed by Atlee Kumar, `Jawan` is produced by Gauri Khan, and presented by Red Chillies Entertainment.

The film`s first look poster shared by Shah Rukh has already created quite a buzz, especially with King Khan`s uncanny look. `Jawan` is set to hit the theatres on June 2, 2023, across five languages – Hindi, Tamil, Telugu, Malayalam and Kannada.