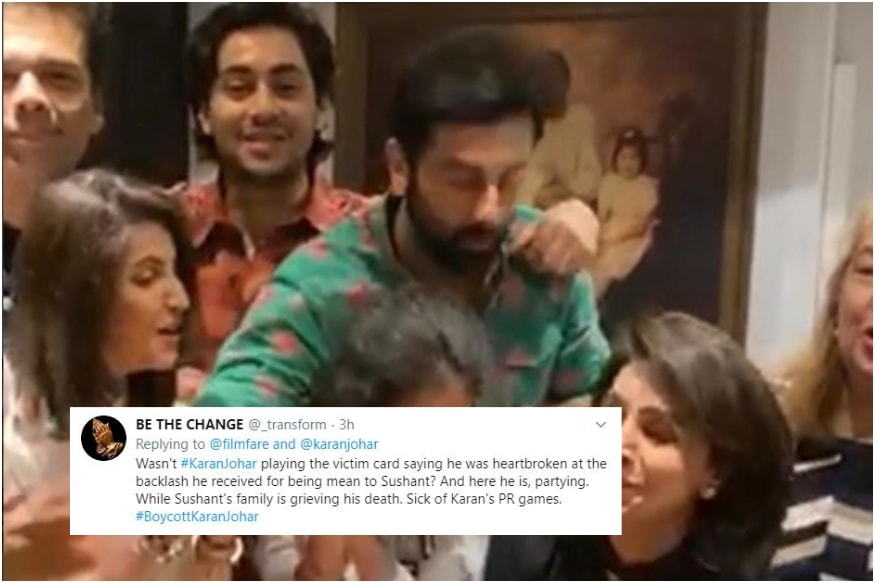 Filmmaker Karan Johar is going through a tough time after the death of actor Sushant Singh Rajput. The filmmaker is at the receiving end of abuse and hate online as the debate on nepotism gained momentum in the wake of Sushant’s death.

Speaking to Bollywood Hungama, a friend of the filmmaker said, “Both (Alia and Ranbir) are very precious to Karan. And they insisted that he join them for the party. Otherwise, he was most reluctant to be seen partying in public. Besides it wasn’t really meant to be a party. Ranbir’s mother is grieving over her husband’s death. She didn’t want a party, but her children insisted. And they dragged Karan into the small get-together.”

“Karan doesn’t really want to step out of his home. This was the first time since Sushant’s death that he stepped out, and only because he can’t say no to Alia,” the source added.

Apart from Karan, Alia has also been trolled online after old videos from Koffee With Karan, where the actress dismissed the late actor in a game round, surfaced.