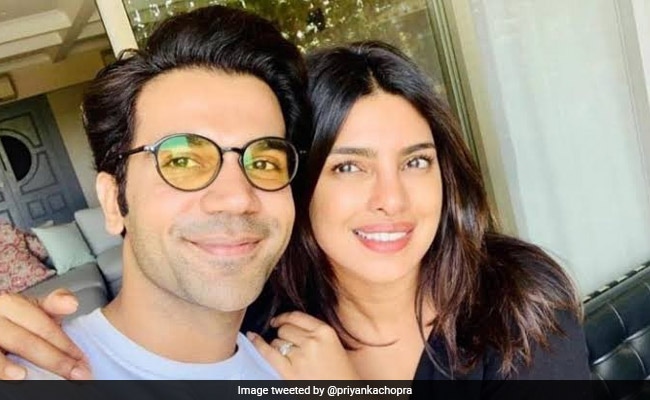 Rajkummar Rao, who will be seen sharing screen space with Priyanka Chopra in Netflix’s adaptation of The White Tiger, received a special wish from his co-star on his 36th birthday on Monday. Priyanka Chopra, who is currently staying in the US along with her husband Nick Jonas, posted a throwback picture with birthday boy Rajkummar Rao on her Twitter profile and wished him with these words: “Happy birthday, Rajkummar Rao. Hope your day is filled with everything you desire and more.” The White Tiger is an adaptation of Aravind Adiga’s Man Booker Prize-winning novel of the same name.

Happy Birthday @RajkummarRao
Hope your day is filled with everything you desire and more pic.twitter.com/PaK7lQrglw

The film will be directed by Ramin Bahrani and it will be co-produced by streaming giant Netflix and Mukul Deora. The filming of The White Tiger began in September 2019.

Priyanka Chopra was last seen in The Sky Is Pink with Farhan Akhtar and Zaira Wasim. The actress has many projects scheduled, which include We Can Be Heroes and a film with comedian Mindy Kaling. The actress also signed Amazon’s Citadel and Sangeet Project.