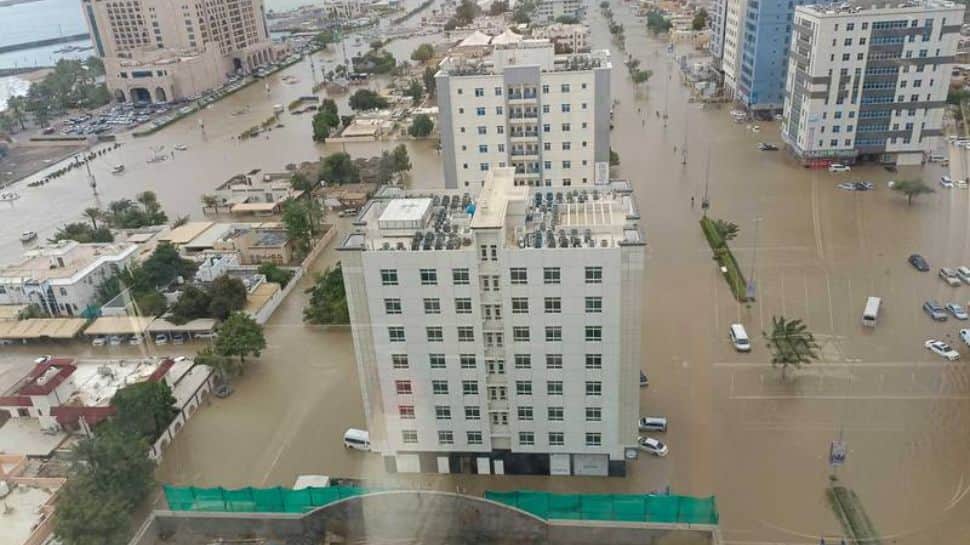 New Delhi: The United Arab Emirates (UAE) has recorded its highest amount of rainfall in 27 years after two days of incessant rains, informed the National Centre of Meteorology. A major emergency response effort is well underway after large parts of the Northern Emirates were hit by heavy rain and flash floods.


According to the Met Office data, Fujairah’s port station recorded 255.2mm of water, which is the highest in the UAE during the month of July. The data also revealed that the second highest was recorded in Masafi which was 209.7mm and the third highest was noted in Fujairah Airport with 187.9mm of rain.

“More than 200 people whose cars were stuck in high mountains and in valleys and who were trapped by water have been rescued and provided support,” the national news quoted Maj Gen Ali Al Nuaimi as saying.


“Our teams continue to respond to the rest of the reports that were filed by people to the police’s operations room,” said Maj Gen Al Nuaimi.


“Logistic support in terms of food, water and necessary medical supplies is also provided to those who need them.”


Meanwhile, Dr Ahmed Habib from the National Centre of Meteorology (NCM) on Thursday told Khaleej Times, “We have low pressure coming from India with upper and surface air depression also extending from parts of Pakistan and Iran. The UAE experienced the low-pressure effect on July 25 and 26 especially in the Eastern part of the country.

“Low pressure was again experienced in the UAE on July 27 and the air was filled with heavy moisture that was coming from the sea of Oman. In the mountains, in the Eastern part of the UAE, the sky has been interspersed with convective rainy clouds. These clouds are hovering especially in the Eastern part of the UAE in Fujairah and Ras-al-Khaimah. Therefore, areas in the east as well as in the north are experiencing the presence of these clouds.”


The National Centre of Meteorology issued a safety alert to those in flood-hit areas of Sharjah and Fujairah. The weather is expected to stabilise in the coming day.