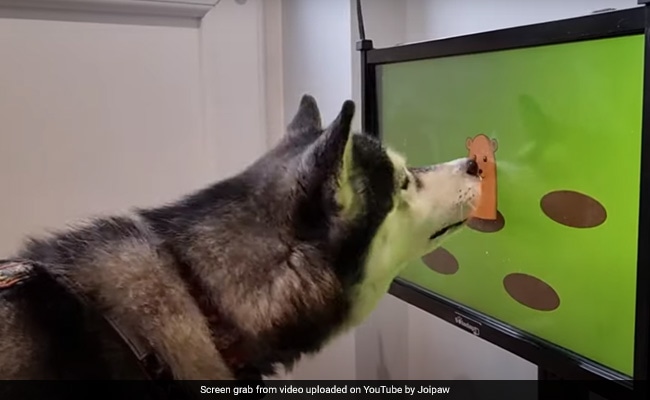 The whac-a-mole-style video game can inform the owner about dog’s state of mind.

It is hard to imagine dogs playing video games, but it is closer to reality because of a UK-based start-up, which wants to conduct research into dementia among human’s best friend. The company, named JoiPaw, is building a series of video games for dogs that it says will go beyond entertainment. The company’s website said that it offers a holistic approach to keep pet dogs healthy by combining cognitive and physical stimulation in the form of a dog-tailored console. The console allows owners to track the health indicators of their dogs.

JoiPaw has developed a whac-a-mole-style game that will also inform the owner of the dog’s state of mind, according to a report in Metro. It is also developing other video games to help in research into dementia among dogs.

Apart from the game, JoiPaw has also created health tracker that can measure the number of steps a dog has taken, and time spent resting, playing and walking.

The tracker, which can be clipped onto the dog’s collar, will be helpful for owners who have to leave their dogs alone at home. It will keep giving updates about the pet’s state of mind.

“We want to help dogs live healthier lives through enrichment and also want to show the world how intelligent dogs are,” Dersim Avdar, JoiPaw founder, told TechCrunch in an email. “We humans tend to empathise and take better care of others when we realise they’re closer to us than we think.”

Research has shown that video games can lead to healthy brain stimulation and relive stress in humans. But in case of animals, particularly dogs, very little study has been done in this regard.

JoiPaw has taken initial steps to get a better understanding of dogs’ health and alert owners of any early signs of problems in cognitive health.