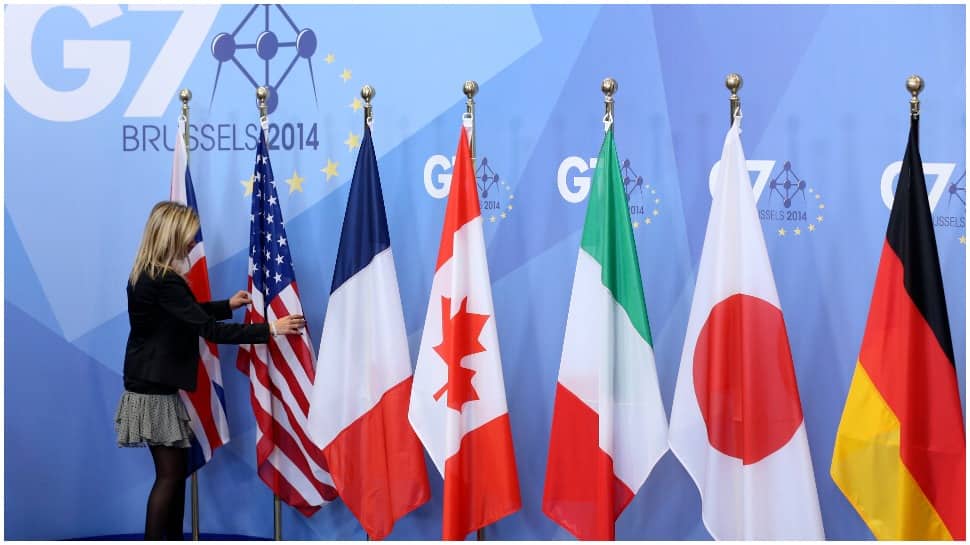 London: Ministers from the Group of Seven (G-7) industrialised nations are set to participate in a meeting that will take place in Britain`s Liverpool next month. The G-7 meet, under the presidency of Britain, will commence from December 10 and will continue for three days, stated the UK government.

Japan`s Chief Cabinet Secretary Hirokazu Matsuno addressing a press conference in Tokyo on Monday (November 22) stated that the invitation to ASEAN nations portrays UK`s “willingness to strengthen its involvement in the Indo-Pacific region.”

The British Foreign, Commonwealth and Development Office mentioned that G-7 will look into global issues, including economic resilience in the post-COVID times, global health and human rights, reported Kyodo News.

“I want us to build a worldwide network of liberty that advances freedom, democracy and enterprise and encourages like-minded countries to work together from a position of strength,” the agency quoted Foreign Secretary Liz Truss.Foreign Minister Yoshimasa Hayashi is most likely to represent Japan at the meeting.

Meanwhile, the central Japanese city of Nagoya today declared its bid to host the G-7 summit at the Nagoya Congress Center in 2023, reported Kyodo News.