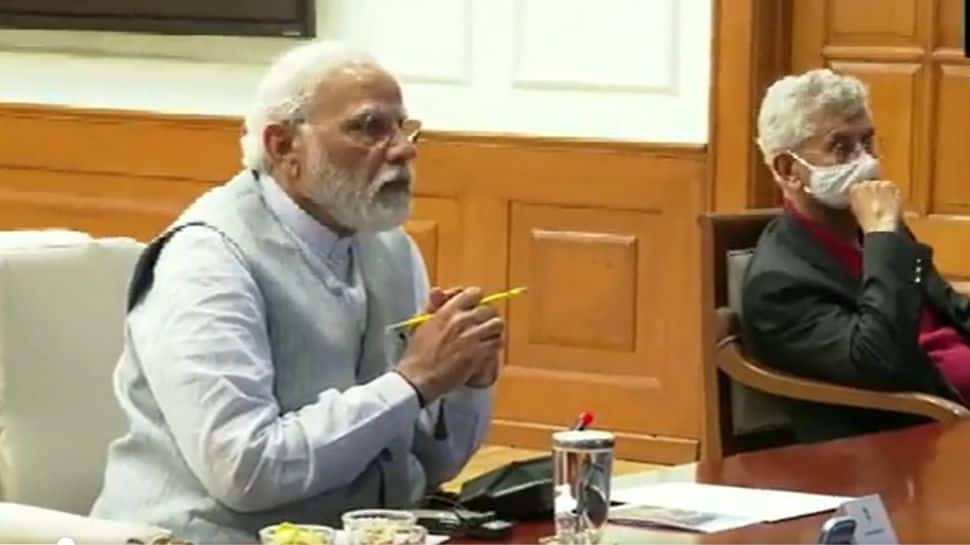 New Delhi: Prime Minister Narendra Modi held a high-level meeting on the Ukraine crisis on Sunday, official sources said. External Affairs Minister S Jaishankar was part of the meeting which was also attended by top government officials.
Modi presided over the meeting immediately upon his return from Uttar Pradesh, where he addressed rallies as part of the BJP’s campaign for the state assembly polls.
A large number of Indians, mostly students, are stranded in Ukraine following Russia’s attack on the country. India has begun evacuating them, and over 900 people have been brought back since Saturday.
Modi has also spoken to Russian President Vladimir Putin and Ukrainian leader Volodymyr Zelensky, with India calling for dialogue to defuse the crisis.