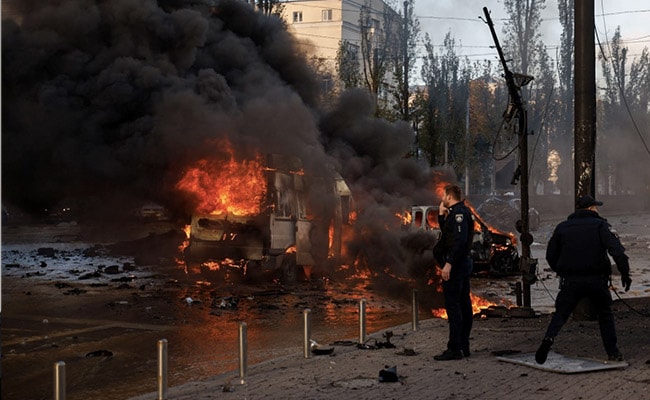 “We’re going to try to repair all the damage as soon as possible,” said Mr Gladkov. (File)

An electric substation in the Russian city of Belgorod, near the border, was set on fire by a Ukrainian strike on Friday, regional governor Vyacheslav Gladkov said.

“An electric substation… caught fire after a strike on Belgorod,” Mr Gladkov said on Telegram, adding that it would take “up to four hours” to activate a backup system and restore power.

He did not specify how many people had lost power in the city of 330,000, which until now has rarely been hit by Ukrainian fire, unlike the surrounding Belgorod region.

Images posted on social media showed the moment of the impact, with the facility in flames.

Mr Gladkov also posted photos of the fire, which was brought under control around 1700 GMT.

“We’re going to try to repair all the damage as soon as possible,” said Mr Gladkov.

On Thursday, a Ukrainian strike destroyed a munitions depot in the Belgorod region.

The same day a rocket gutted the top floor of an apartment building in the city of Belgorod, but did not cause any injuries.

Earlier in the week, Ukrainian strikes knocked out power in the town of Shebekino and killed a 74-year-old woman and injured several others in the town.

Last week Russia complained of an increase in artillery and missile strikes on its territory bordering Ukraine.