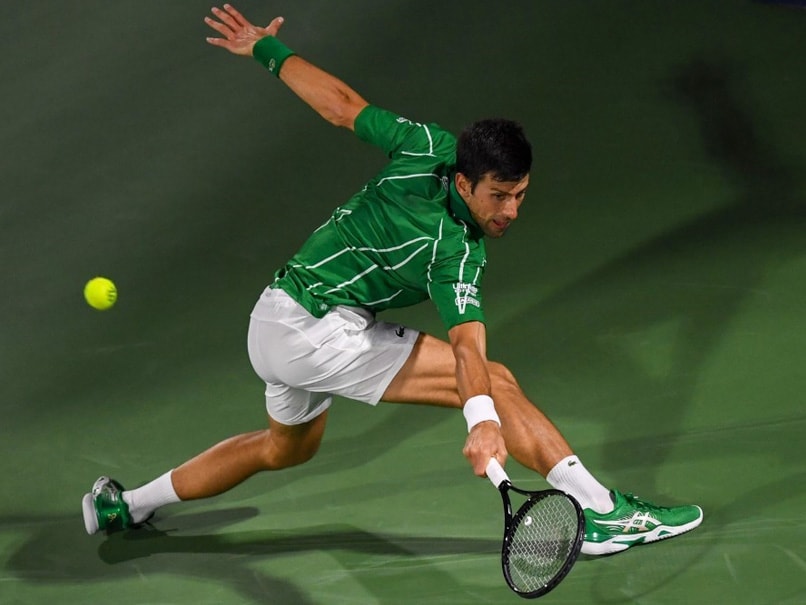 World number one Novak Djokovic says he nearly skipped the US Open but plans to play the Grand Slam event despite COVID-19 concerns in part to chase tennis history. Djokovic, a 17-time Grand Slam singles champion, told the New York Times that trying to catch Roger Federer’s men’s record 20 Slam crowns was “of course” a major factor in his decision to play the Flushing Meadows fortnight that begins August 31. “One of the reasons why I keep on playing professional tennis on this level is because I want to reach more heights in the tennis world,” Djokovic told the newspaper.

The 33-year-old Serbian has won five of the past seven men’s singles Slam crowns but came to the New York hardcourts only after assurances from European officials that players returning from the US Open would not face a long quarantine before upcoming European events such as the French Open.

“I was very close to not coming,” said Djokovic, who made the final decision less than a week before arriving. “There were a lot of uncertainties.”

Djokovic is staying at a rental house in New York while most players are in a hotel as part of protocols to combat the COVID-19 pandemic that wiped out many of the year’s events, including Wimbledon, and will prevent fans from attending the US Open.

“I want to play. I mean, that’s why I’m here,” Djokovic told the Times.

“I am personally not afraid of being in a risky, dangerous health situation for myself. If I felt that way, I most likely would not be here.”

Federer, 39, is injured and Spain’s Rafal Nadal, 34, is absent, the 2019 US Open champion and 19-time Grand Slam singles winner focusing on the upcoming clay season and a potential 13th crown on the Paris red clay.

Djokovic, who has topped the world rankings for 282 weeks, could overtake Federer’s record of 310 weeks at number one by March and told the Times that is a major goal as well.

Having Djokovic chase a fourth US Open crown adds some prestige to an Slam that lacks many of the sport’s biggest stars.

“I cannot say it’s the main reason why I’m here, but it’s one of the reasons,” Djokovic said. “First of all, I have to think about myself and my health and my fitness and whether my team is OK to be here.

“Then I, of course, also felt responsible as a top player to be here. It’s important for our sport to keep going.”

Djokovic defended his decision to stage the Adria Tour charity series in June in Serbia and Croatia, which produced a cluster of coronavirus cases, including some among top players, with Djokovic positive and isolating, saying he only had mild symptoms.

“We tried to do something with the right intentions,” Djokovic said. “Yes, there were some steps that could have been done differently. But am I going to be then forever blamed for doing a mistake?

“If I had the chance to do the Adria Tour again I would do it again.”

Djokovic worries about putting anything into his body, including potentially a COVID-19 vaccine.

“If someone is forcing me to put something in my body, that I don’t want, for me that’s unacceptable,” Djokovic told the Times.

“I am not against vaccination of any kind, because who am I to speak about vaccines when there are people that have been in the field of medicine and saving lives around the world?”