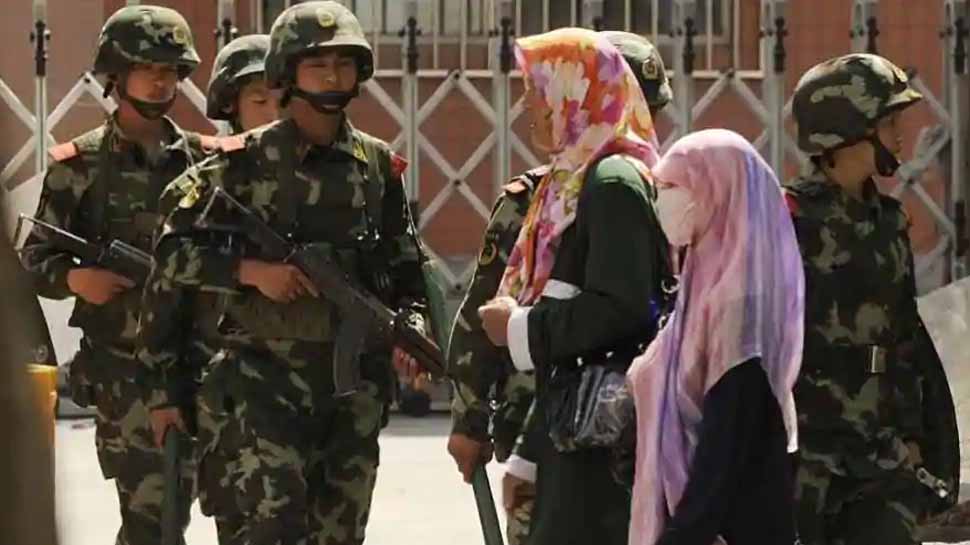 Even as China has tried to hide its activities in the Xinjiang region and is advocating its narratives of things, pressure has been mounting on China as dozens of countries have called on it publicly to respect the human rights of its Uighur Muslim minority.

Countries including the United States, the United Kingdom, and Japan have been building pressure on China.

On October 6, Germany’s UN ambassador Christoph Heusgen, on behalf of several other countries, stated to the UN General Assembly’s Third Committee that countries were ‘gravely concerned about the human rights situation in Xinjiang’.

The statement by Heusgen called for China to allow independent observers into Xinjiang region and noted that China had detained close to a million people of Uighur community in Xinjiang and placed severe restrictions on their religious freedom. Also, China has subjected the community to widespread surveillance, forced labor and involuntary sterilizations.

Germany’s statement at the United Nations was backed by a total of 39 countries, including most of the EU member states as well as Canada, Haiti, Honduras, Australia and New Zealand.

Several diplomats had claimed that China in the run up to the statement had warned of economic and political consequences for countries for supporting the statement.

The statement by Germany only builds upon a similar statement by the United Kingdom during the 44th session of the UN Human Rights Council held in June.

The statement delivered by the UK was backed by 27 signatories and brought the council’s attention to arbitrary detention, widespread surveillance, and restrictions, particularly targeting Uighur and other minorities in Xinjiang. The statement also called for the High Commissioner for Human Rights Michelle Bachelet to be allowed unfettered access to the region as soon as possible.

A leading global human rights NGO called Human Rights Watch in September 2018 released a report based on the testimonies of 58 former residents of Xinjiang, including 5 former detainees and 38 relatives of detainees.

As per the report, in 2014, China launched its “Strike Hard Campaign against Violent Terrorism” and since then, arbitrary detentions in the Xinjiang province have gone up three folds. The government has held people in pre-trial detention centers and prisons, both of which are formal institutions, but also in political education camps that have no basis under Chinese law.

The Human Rights Watch report also reveals that those detained have been denied their rights to due process and have also had to suffer from ‘torture and other ill-treatments’.

The report also revealed that the Chinese government in recent years has invested substantial financial, human, and technical resources for social control in Xinjiang. The increase in the number of detentions has forced the government to hire tens of thousands of additional security personnel.

The pervasive surveillance by the CCP in the region has extended to monitoring of people’s familial and social networks in an effort to gauge their level of political trustworthiness. The report by Human Rights Watch in light of these accusations has advocated that Party Secretary Chen Quanguo that is the party boss for Xinjiang as well as other senior officials that have helped carry out the Strike Hard Campaign in Xinjiang be subjected to targeted sanctions through US Global Magnitsky Act and visa protocols.

Human Rights Watch believes that China’s continued actions in Xinjiang mean that the country does not see a significant political backlash from its campaign in Xinjiang. China has used its enormous global influence to deflect criticism and China’s permanent seat of the UN Security Council ensures that the body will not move against China.

Back in 2019, the United States led a group of more than 30 countries in condemnations of China’s actions in Xinjiang. The US termed China’s actions as a ‘horrific campaign of repression’ against minority communities in Xinjiang. The condemnation of China’s actions was done during an event at the sidelines of the UN General Assembly, the event was of course denounced by China. US Deputy Secretary of State John Sullivan stated that the UN and its member nations had “a singular responsibility to speak up when survivor after survivor recounts the horrors of state repression.”

In his statement, Sullivan once again urged China to give “immediate, unhindered, and unmonitored” access to the western region of Xinjiang for the UN High Commissioner for Human Rights and also added that it was the duty of UN member states to closely monitor the human rights abuses by China. US President Donald Trump has also touched upon the sensitive subject of Xinjiang and called for an end to religious persecution of minorities by China.

The Chinese government’s repression of the Muslim ethnic minority in Xinjian is not a new occurrence, from leaked CCP speeches it can be seen that the arbitrary detention of Uighurs and other minorities began as far back as 2014. Due to Xinjiang’s location, it is of great geopolitical importance to China and therefore Beijing has poured enormous amounts of time, resources and personnel into ensuring the stability of the regions and stamping out any separatist feeling.

China’s irreprehensible treatment of its own people has not gone unnoticed and as explained in the large last section, any countries in the world, including the US, UK, Germany, and Canada, have brought the issue of Xinjiang to the forefront of international dialogue despite repeated threats of economic reprisals from China.

Whenever the issue of Xinjiang is brought up in international forums, like the United Nations Human Rights Council, China denies the allegations made against it and deems them as fabricated. Beijing also continues to draw support regarding Xinjiang from several nations too, by countries who have failed to protect their own citizen’s human rights.

What is immediately evident from the above list is that the countries that openly support China belong to Africa and the Middle East.

Also, striking is the presence of Muslim majority nations like Pakistan that has spoken in support of China despite China’s treatment of ethnic Muslim minorities.

While ample information is present about China’s activities in Xinjiang, Beijing has still managed to use its enormous economic influence and propaganda to avoid facing any real consequences for its heinous actions. The continued mistreatment of the Muslim minorities in Xinjiang is still one of the least talked about atrocities in the world. Something that suits China and the CCP just fine.