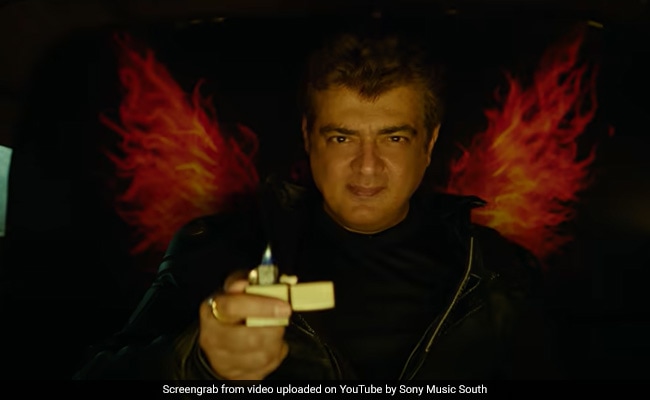 The highly-awaited trailer of Ajith’s thriller Valimai released on Thursday and it has been trending big time ever since its release. The trailer begins with Ajith Kumar and Huma Qureshi on the trail of a motorcycle gang. The motorcycle chase sequence aside, the trailer is replete with several high-octane nail-biting action sequences. Kartikeya Gummakonda plays the antagonist, while Ajith stars as a cop on a mission. Ahead of the trailer’s release, the makers shared a video of the film’s making, where Ajith performed all the stunts on his own.

Check out the trailer of Valimai here:

The film’s shooting was halted due to the pandemic and the lockdowns. However, it will be ready of release on Pongal.

Earlier this month, the film’s producer Boney Kapoor, on his newly-made Instagram profile, shared a BTS moment with Ajith and wrote: “Bold, fearless, sincerely committed. Enjoyed the journey through the making of Valimai. Looking forward to the journey ahead.”

Other than Ajith Kumar, the highly-anticipated film also stars Huma Qureshi, Karthikeya, Bani, Sumithra, Achyunth Kumar, Yogi Babu, Raj Ayyappa, Pugazh among others. The film has been written and directed by H Vinoth. It has been co-produced by Zee Studios and Boney Kapoor.