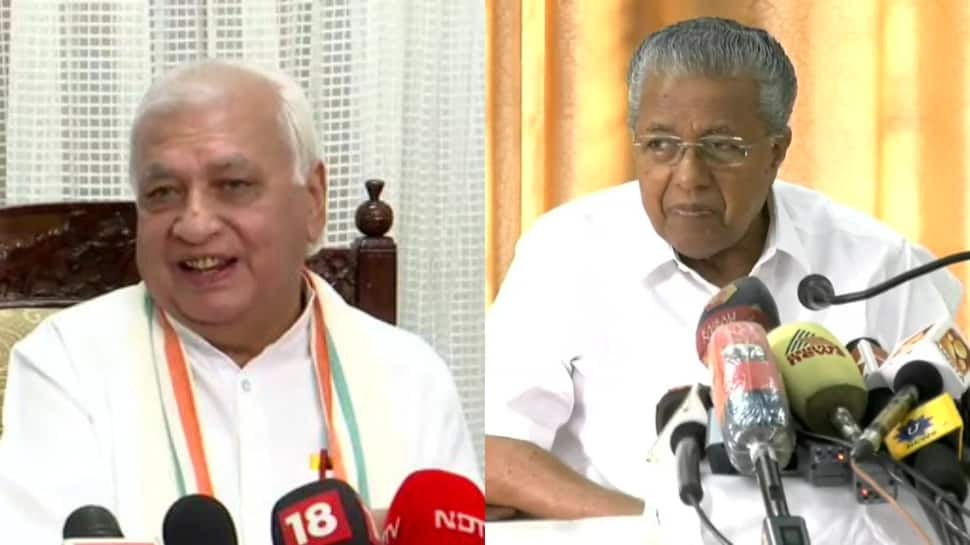 New Delhi: Attacking the ruling Left Democratic Front (LDF) government in Kerala, after the reports of replacing the Governor with Chancellor of Universities in the state came forth, the incumbent Governor of the state, Arif Mohammad Khan on Wednesday, November 9, 2022, alleged that the vice-chancellors in Kerala universities are appointed not on merit but on the recommendations of the CPIM party, and that is why LDF controls them.


“They were all time interfering in matters of universities which I resented. The interference wasn’t related to the development of the universities. It was mostly about the relatives of CPIM leaders in different positions. All of their interest lied in appointments,” Khan said.


Vice-chancellors in universities are appointed not on merit but on the recommendation of the party (CPIM) that’s why LDF controls them: Kerala Governor Arif Mohammed Khan pic.twitter.com/NjRYRp7duI
— ANI (@ANI) November 9, 2022

The LDF government’s move came amidst its ongoing tussle with Governor Arif Mohammad Khan over the functioning of universities, including the appointment of Vice Chancellors, in the state.


This comes after the Kerala Cabinet on Wednesday decided to bring an ordinance to remove Governor Arif Mohammad Khan from the post of Chancellor. However, the State Cabinet is planning to bring in an expert in place of the Chancellor. The decision came after Governor Arif Mohammad Khan sought the resignations of vice-chancellors of all nine universities in the state.

Later the VCs of nine universities moved the High Court challenging the Governor`s order to tender their resignations. The Governor had also appointed Ciza Thomas as Vice Chancellor in charge of the APJ Abdul Kalam Technological University (KTU) in Thiruvananthapuram.


Meanwhile, CM Pinarayi Vijayan government had requested the High Court to stay the appointment that was ordered by Kerala Governor Arif Muhammad Khan, chancellor of the state universities which the court on Tuesday declined.

Therefore, the appointment of the respondent Rajasree can be said to be dehors and/or contrary to the provisions of the UGC Regulations as well as even to the University Act, 2015, the top court noted.