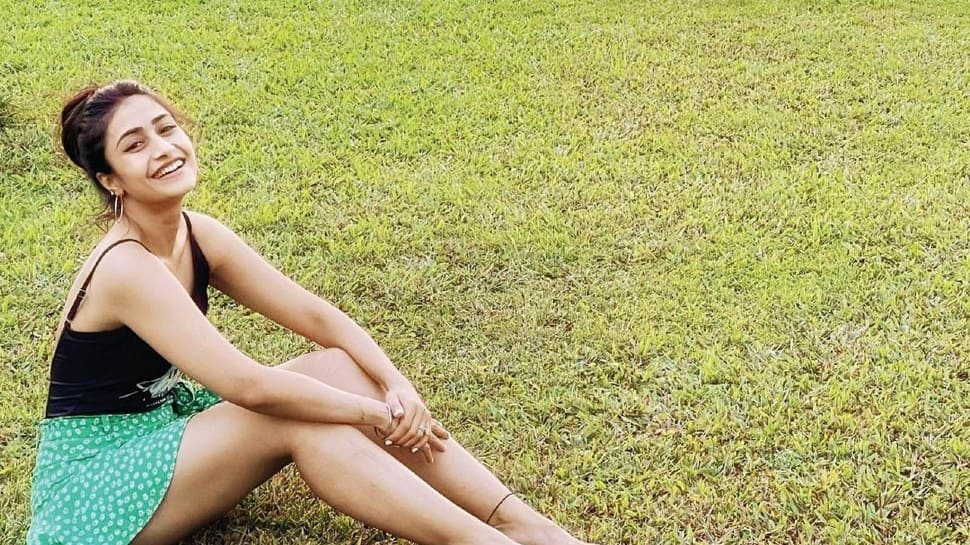 Team India leg-spinner Yuzvendra Chahal is currently in England for the three-match ODI series which is set to commence from July 12 (Tuesday). Chahal, who recently played in the T20 series against England, which India won, is expected to be part ODI series also. The IPL 2022 Purple Cap winner is touring Eng;and with his wife and Bollywood choreographer Dhanashree Verma.


Interestingly, ahead of the opening ODI, Dhanashree posted a video of herself dancing to the viral song ‘Gomi Gomi’. Dressed in a grey top and blue pants, she can be seen doing some incredible dance moves.


“Found this in my drafts,” Dhanashree captioned the video on Instagram. Watch it here:

Notably, the video has garnered more than 90,000 likes and has received more than five lakh views in just one hour of posting it.


Choreographer and YouTuber Dhanashree Verma and cricketer Yuzvendra Chahal got married in December 2020 in a Gurugram resort. They got married in a Hindu ceremony at Karma Lakelands resort.

Meanwhile, it would be interesting to see if India continue with their all-out attack strategy, which worked brilliantly for them in the T20I series, in the ODIs too.

India won’t go ballistic from ball one but the batters are expected to carry their fearless approach from the shortest format to the ODIs when the three-match series against England begins on Tuesday.


India’s high-risk play helped them win the series against England and considering that the ODIs have become an extension of the shortest format, skipper Rohit Sharma sees no reason why his team should back down from that approach. England redefined the way ODI cricket was played and their dominant run culminated with the World Cup trophy back in 2019. It won’t be an exaggeration to say that India’s fresh outlook towards the shorter formats is inspired by the English template.

The three games will be the only 50-over contests India will feature in before the T20 World Cup but Rohit asserted they still hold a lot of importance.

“All matches are important for us. We can’t play thinking ODIs are not a priority, but we have to keep in mind the workload of each player. We will make changes but our ultimate goal is to win matches. We will not leave that thought process behind,” said Rohit on Sunday after the third T20 at Nottingham.


“For us, the aim is to understand white-ball cricket, how to play, new guys are playing. 50 over is an extension of T20. Maybe you take less risk in ODIs as compared to T20 cricket but you have to take it.”