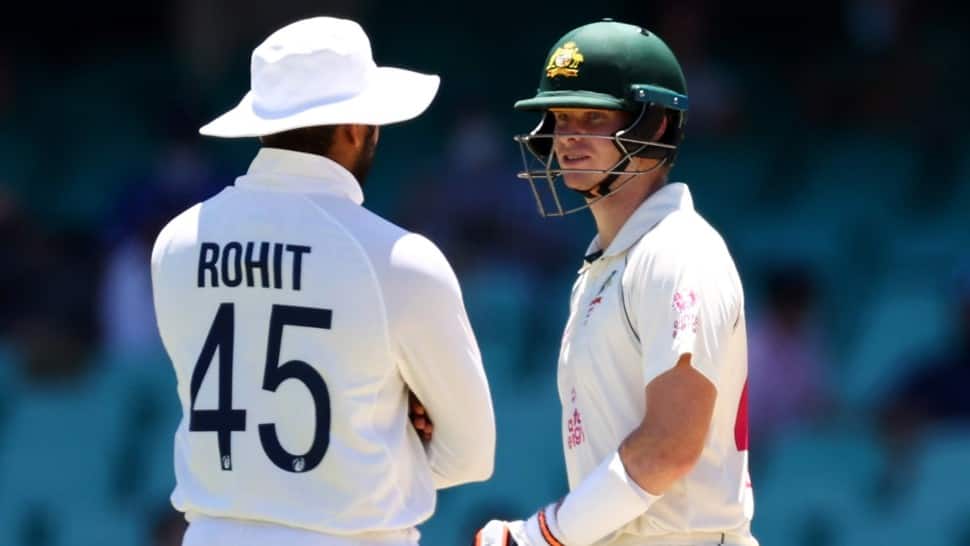 India started off Day 5 of the third Test against Australia at the Sydney Cricket Ground (SCG) with the aim to eke out a draw on Monday. But Rishabh Pant’s swashbuckling knock of 97 changed the tide briefly towards India and raised the hopes of an unlikely win which prompted Australia and Steve Smith to undertake some questionable tactics.

After drinks break Aussie comes to shadow bat and scuffs out the batsmen’s guard marks.

After the drinks break before lunch on the final day, just before play resumed, the stumps cam caught an Australian player shadow bat on the pitch and before leaving, he scruffs up the batsman’s mark. Pant then walks in and can be seen asking for the guard again.

The player in the video, with jersey number 49, is none other than former captain Steve Smith. And while calling this incident an ‘under-hand’ tactic might be a stretch, but surely brings up the question of gamesmanship and the spirit of the game, and also may come under the ambit of the fielder damaging the pitch in the ICC Playing Conditions for World Test Championship (WTC).

However, the final call rests with the umpire to decide whether the fielder’s action comes under ‘damaging the pitch’.And if they do, they can caution the captain of the fielding side and indicate that this is a first and final warning. Another such infraction will lead to five penalty runs to the batting side.

Steve Smith came back into form in the third Test, scoring 131 and 81 in the two innings. While Pant, disappointingly fell just three short of a well-deserved third Test century and his second in Australia.