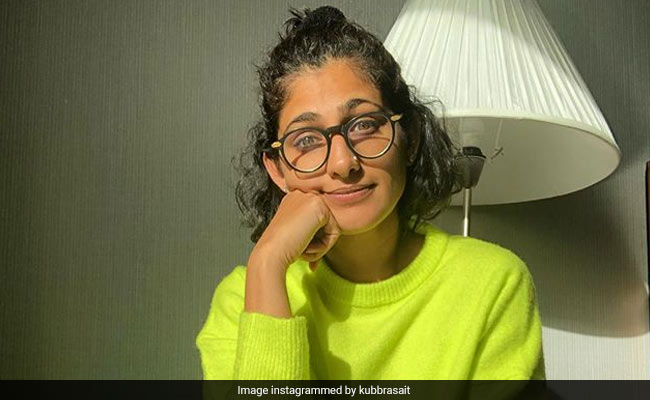 “Aiyo!” tweeted actress Kubbra Sait on Thursday evening after Kangana Ranaut blocked her on Twitter. Kangana Ranaut officially joined Twitter only recently, taking over the verified Twitter profile, which was previously managed by her team. Ahead of that, Kubbra Sait had tweeted about getting Kangana’s profile (previously named Team Kangana Ranaut) suspended for accusatory posts targeting several actors of the film fraternity. On Thursday, sharing a screenshot of her account having been blocked by Kangana Ranaut, Kubbra Sait tweeted: “I was silent all along. Not one tweet to her. We are katti and she didn’t even tell me.” Kubbra, who previously called out Kangana’s Twitter profile for being “toxic”, had also earlier tweeted: “This is not personal at all.” She reiterated the same thought in her recent tweet: “Told her it’s not personal bro!”

Aiyo! I was silent all along.
Not one tweet to her.
We are katti and she didn’t even tell me.
Told her it’s not personal bro! pic.twitter.com/7J5bIFJVsb

In her response to being blocked by Kangana, Kubbra Sait shared another sarcasm laden tweet, citing a recent post by Kangana, in which she wrote about being open to “constructive criticism” and accepting “others’ point of views.” Kubbra said: “She reminds me of a person who said something on similar lines. The person also spoke about criticism and humour in the same breath. Alas!”

She reminds me of a person who said something on similar lines. The person also spoke about criticism and humour in the same breath.
Alas! pic.twitter.com/xIbcZh87kg

Last month, Kubbra Sait supported the Twitter hashtag #SuspendTeamKangana, which trended after negative tweets from Team Kangana Ranaut, speaking disparagingly about actors such as Ayushmann Khurrana, Deepika Padukone and Ranbir Kapoor, among others. Following this, Team Kangana Ranaut asked Kubbra why she was “campaigning against (Kangana’s) freedom of speech” and accused her of “wanting to please a few.” In response, Kubbra had tweeted: “Be kind. Be responsible.”

Yah! I would passionately support this suspension. It would be grand if @TwitterIndia sees it too. Today was the only day the handle shared something positive, which is a rarity.
But now, enough no?#SuspendTeamKangana

This is not personal at all. Team Kangana Ranaut, your handle has been toxic.
I unfollowed & reported you too.
What I personally ask from you is this: Be kind. Be responsible.
I don’t make things personal & I am pretty positive that you won’t either.
🙏🏽

Kubbra Sait was also among the celebs who reported Kangana’s sister Rangoli Chandel for a communally-divisive tweet – Rangoli’s Twitter account was suspended soon after earlier this year.