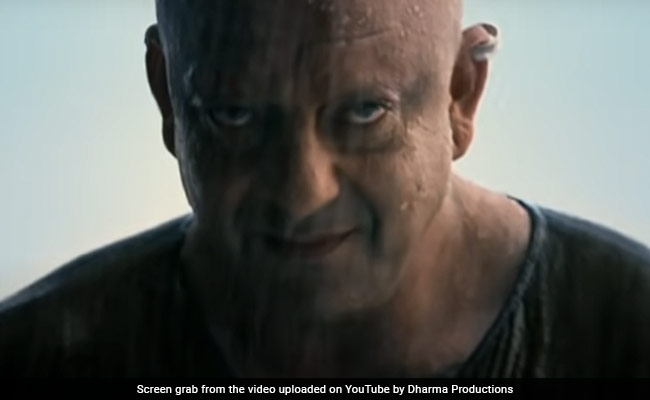 If one had to match a face to the word “rockstar” in Bollywood, Sanjay Dutt would top the list. With a life that reiterates the notion that truth is stranger than fiction, Sanjay Dutt has been the darling of the masses for over four decades. Even a biopic made on the actor’s eventful life was a huge hit with the audience. Over the years, Sanjay Dutt has played a variety of roles. His tremendous range as an actor has allowed him to play the brooding hero and the menacing villain with equal panache.

In particular, Sanjay Dutt has made his mark as one of the most bankable “bad guys” on screen, over the years. Now, on his birthday, here’s a list of movies in which Sanjay Dutt plays the villain with elan. The best part? They are perfect for your weekend binge as all the movies on the list are available for streaming.

We have to start with a 1999 classic. As Raghu, Sanjay Dutt gave one of his most career-defining performances. While Raghu is not the quintessential villain but also the protagonist of the film, it is easy to see that his character is one that has lost himself to the dark side of the world.

This Karan Malhotra film featured Sanjay Dutt in a never-seen-before avatar as the menacing Kancha Cheena. With a bald head and sans eyebrows, as Kancha, Sanjay Dutta was the perfect villain to Hrithik Roshan’s Vijay Deenanath Chauhan – the hero.

In this historical drama, Sanjay Dutt played Ahmad Shah Abdali opposite Arjun Kapoor’s Sadashiv Rao Bhau. The Ashutosh Gowariker directorial showed that Sanjay Dutt could play a range of roles across timelines with the ease of a veteran.

This film needs no introduction. Sanjay Dutt plays Adheera in the Prashanth Neel film that stars Yash in the lead role. As Adheera, Sanjay Dutt is all kinds of scary.

Another classic, Khal Nayak will have you rooting for Sanjay Dutt and make no mistake, he is the villain. But Sanjay Dutt is the embodiment of bad guys you can’t help but love in this film starring Jackie Shroff and Madhuri Dixit.