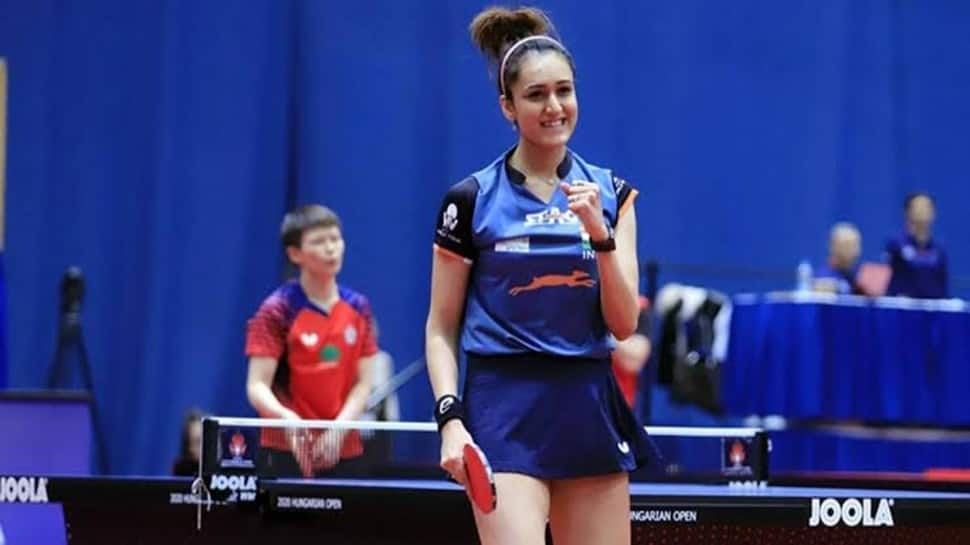 Manika Batra, the Indian Table Tennis queen registered her first victory at the Commonwealth Games 2022 in Birmingham on Friday (July 29). The India Olympic medallist thrashed South Africa’s Mushfiquh Kalam in a three-set game in just 15 minutes beating her with straight-win of 11-3, 11-2.

Social media couldn’t keep calm as India’s TT queen made a statement on her first day at the CWG 2022. Checkout the reactions below…

Manika Batra wins her first match at #CommonwealthGames2022, in the women’s team event.

Last CWG was her breakthrough moment.

Things have been rocky since, down to her doubles partner this time. But the hope she can put that all behind at the event where it all began.
— Zenia D’cunha (@ZENIADCUNHA) July 29, 2022

As she is defending her gold medal from the Cwg2018#ManikaBatra #CommonwealthGames2022 #TeamIndia pic.twitter.com/Dd0KkjOfec
— Alkesh (@Alkesh008) July 29, 2022

#CommonwealthGames2022 MANIKA BATRA IS ON FIRE

ANOTHER WIN FOR INDIA IN CWG2022 BIRMINGHAM pic.twitter.com/JRjzBMdZ7N

Manika Batra wins in straight sets vs Kalam of South Africa. This women’s team event is looking good for India so far!

First on court was the women’s doubles duo of Sreeja Akula and Reeth Tennison, who combined well to beat the South African pair of Lailaa Edwards and Danisha Patel 11-7 11-7 11-5 to hand India the lead.

Then reigning Commonwealth Games champion Batra, who became the first Indian table tennis player to win a gold in the women’s singles in the last edition, lived upto her billing and thrashed Musfique Kalam 11-5 11-3 11-2 in the first singles match. Akula then came back and scored a dominating 11-5 11-3 11-6 win over Patel in the second singles to seal the tie for India.

The Indian women will take on Fiji in their second group tie later in the day. (With PTI inputs)