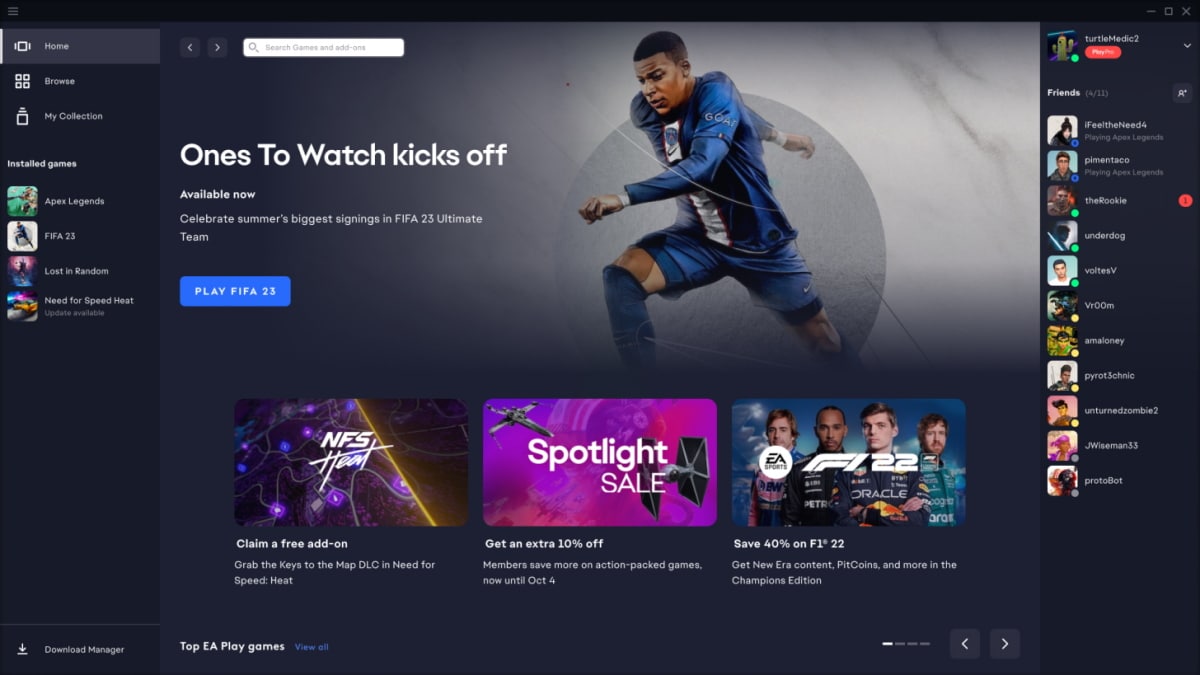 After a meteoric rise during the pandemic, video game sales have been easing this year due to a lack of major releases and lower spending by consumers facing decades-high inflation.

Overall, the gaming market is expected to grow just 2 percent in 2022, according to data from research firm Newzoo, a far cry from 2020’s 23 percent jump.

A near 17 percent rise in the US dollar this year has also stifled growth, with EA forecasting a roughly $200 million (roughly Rs. 1,650 crore) hit to annual bookings. The company earns more than half of its revenue from outside the US. But EA, which had no major releases in the first three quarters of 2022, could get some support from the October launch of FIFA 23 – the latest instalment in its popular football franchise.

FIFA 23 had the best launch week of any game in the series, and it looks set for more demand thanks to the soccer World Cup in Qatar next month. EA booked second-quarter adjusted sales of $1.75 billion (roughly Rs.14,475 crore), missing the $1.80 billion (roughly Rs. 14,890 crore) expected by analysts, according to Refinitiv data.