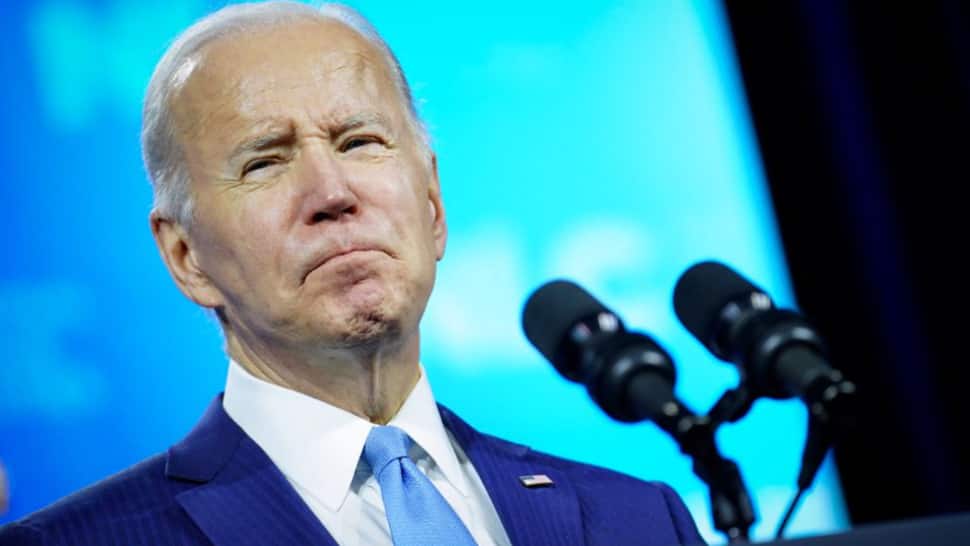 Beijing: China on Monday made it clear to Washington that it will not tolerate any activities aimed at splitting the country and will take “necessary measures” to protect its sovereignty, hours after President Joe Biden again said the US military would defend the democratic and self-ruled island if Beijing tries to invade it.


Biden said “yes” when asked during a TV interview on Sunday whether “US forces, US men and women, would defend Taiwan in the event of a Chinese invasion.”


Taiwan is a self-ruled island off the coast of eastern China that Beijing claims as part of its territory. The US has always walked a diplomatic tightrope over the sensitive issue in bilateral ties.


The White House has been quick to downplay Biden’s previous comments on Taiwan, reiterating that the US policy hasn’t changed.


This is the second time since May this year that Biden has replied affirmatively to questions on the US militarily intervening to defend Taiwan’s independence, adding a military dimension to Washington’s Taiwan policy much to the chagrin of Beijing.


While visiting Japan in May, Biden said America will stand with Japan and other nations to not let China forcibly take over Taiwan.


When asked at a press conference in Tokyo if the US is willing to get involved militarily to defend Taiwan, Biden said “yes”.


“That is the commitment we made. Here is the situation: we agree with the One China policy. We signed on to it and all the attendant agreements made from there.


“But the idea that it can be taken by force is just not appropriate, it will dislocate the entire region and be another action similar to what happened in Ukraine. So, it is a burden that is even stronger,” he said, likening Taiwan’s issue to that of Russia’s invasion of Ukraine.


“China deplores and firmly opposes that and we have launched several representations, to the US, she said.


“There is only one China and Taiwan is part of it and the People’s Republic of China (PRC) government is the sole government representing the entire China,” Mao said.


To achieve the complete unification of the motherland is the shared aspiration and sacred duty of all Chinese people, she said.


“We will strive for the prospect of a peaceful reunification with utmost sincerity and efforts. In the meantime, we will not tolerate any activities that are aimed to split China and we reserve all options of taking the necessary measures,” Mao said.


“Nobody should understate our resolve, will and capability to defend our sovereignty and territorial integrity. They should not stand on the opposite side of the 1.4 billion Chinese people,” she said.


“We urge the US to fully understand the extremely important and the highly sensitive nature of the Taiwan question and abide by the ‘one China’ principle and three joint communiques, earnestly implement the US leadership commitment of not supporting Taiwan’s independence,” she said.


The US should prudently and properly handle the Taiwan-related issues and refrain from sending an erroneous signal to Taiwan independence forces so as to prevent further damage to China-US relations and peace and stability along the Taiwan Strait, she said.

Taiwan responded to President Biden’s remarks on Monday by welcoming the “US government’s rock-solid security commitment to Taiwan”. Taipei said it would continue to deepen its “close security partnership” with Washington.


Earlier this month, the US agreed to sell weapons worth USD 1.1 billion to Taiwan to enhance its defence capabilities, provoking an angry response from Beijing.


The US-China differences over the Taiwan issue in recent months have escalated after US House Speaker Nancy Pelosi visited Taipei, becoming the first top American official to visit the self-ruled island in 25 years.


Besides the diplomatic protest, China went ballistic over her visit launching massive air, naval and missile drills close to Twain for over a week in August, sparking concerns that Beijing was preparing for an invasion of the island.

Biden’s comments that the US was not averse to using force effectively jeopardises Chinese leader Xi Jinping’s vocal plan of national integration.


Taiwan’s integration with the Chinese mainland is the major political plank of Xi, who is widely expected to be endorsed for an unprecedented third term in power in next month’s once- in-a-five-year-congress of the ruling Communist Party of China (CPC).