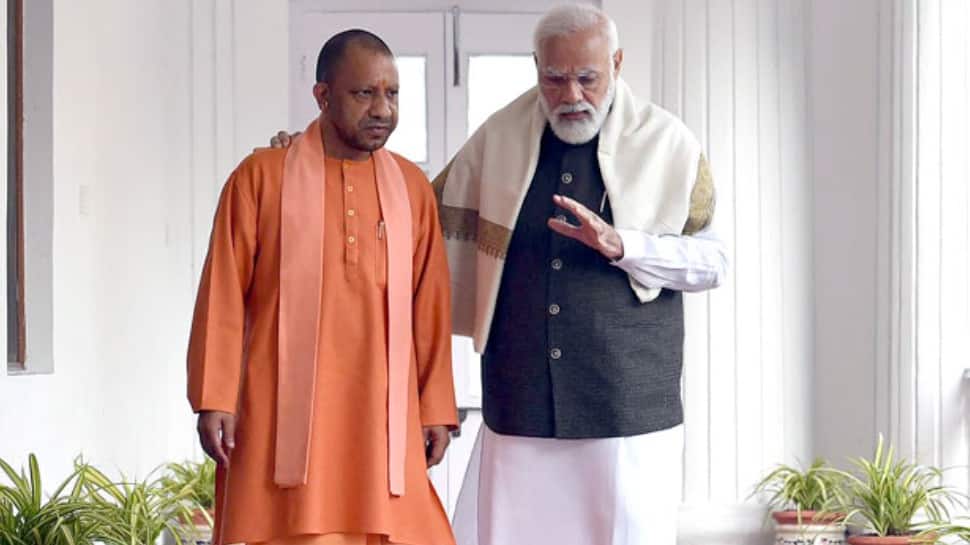 The swearing-in ceremony date is also likely to be discussed during the meeting.

For the post of Deputy Chief Minister, the names of Swatantra Dev Singh, Baby Rani Maurya, Keshav Prasad Maurya and Brijesh Pathak are in talks.

While Swatantra Dev Singh, a Kurmi leader, has also been the state Transport Minister, he is said to be one of the prominent faces behind BJP’s big win in Uttar Pradesh.

Baby Rani Maurya is also a front-runner as she has been the Governor of Uttarakhand and is a well-known face of Jatav society in Uttar Pradesh.

Keshav Prasad Maurya, who lost from the Sirathu seat in the elections, is the party’s OBC face and can be made the Deputy Chief Minister again.

Law Minister Brijesh Pathak, who won from Lucknow Cantonment seat, may also get the role of Deputy Chief Minister in the Yogi government to maintain the Brahmin equation.

Meanwhile, speculations are rife that in Yogi Sarkar 2.0, the senior leadership is also considering the inclusion of two former police officers in the new cabinet – Rajeshwar Singh and Asim Arun.

Pankaj Singh, BJP’s candidate from the Noida Assembly seat and Union Defense Minister Rajnath Singh’s son who won by a margin of 1,81,513 votes, may also get a place in the Yogi cabinet.