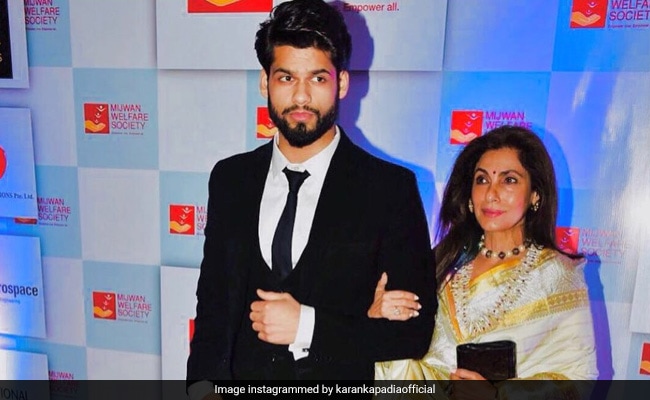 A day after Dimple Kapadia’s son-in-law Akshay Kumar and her daughter Twinkle Khanna cheered for her, the actress’ nephew and actor Karan Kapadia gave a big shout out to the Tenet star. Sharing a picture of Dimple Kapadia with the film’s director Christopher Nolan and his hand-written letter to the actress (more on that later), Karan Kapadia, in his note wrote: “Even after 47 years in the business, you still continue to raise the bar, you deserve everything and way more. You’re an inspiration, a phenomenal actor and an even better human being. I love you.” Karan Kapadia is Dimple Kapadia’s nephew. He was born to the late actress Simple Kapadia, who was also a costume designer.

On Sunday, Bollywood star Akshay Kumar shared a glimpse of the letter written by Christopher Nolan to Dimple Kapadia, which read: “What can I say? Working with you has been a delight. Watching you bring Priya to life all around the world has been fantastic. Thank you for your great skill and hard work and for lending your talent to Tenet.” Sharing the note, Akshay wrote for his mother-in-law: “Christopher Nolan pens a heartfelt note to Dimple Kapadia on the eve of their release. Had I been in her place, I wouldn’t have been able to move in awe but having watched her working her magic in Tenet, I couldn’t be more happy and proud of Ma.”

Here’s my proud son-in-law moment! #ChristopherNolan pens a heartfelt note to #DimpleKapadia on the eve of their release.Had I been in her place,I wouldn’t have been able to move in awe but having watched her working her magic in #Tenet,I couldn’t be more happy and proud of Ma pic.twitter.com/EgSehxio1I